Writer Guy Johnson asked his mother, Maya Angelou, to put him out of his misery after becoming paralysed in a car accident. 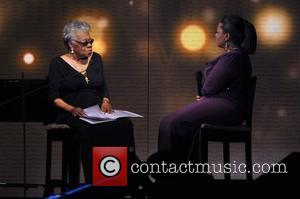 Picture: Maya Angelou and Oprah Winfrey during Surprise Oprah! A Farewell Spectacular at the United Center in Chicago Chicago, Illinois - 17.05.11

American writer, actress, singer and poet, Maya Angelou, was asked by her son to end his life when he lost the use of his legs. Guy Johnson was told he would never walk again after a car accident, when his spinal cord was severely damaged during his late 20s, leaving him paralysed from the neck down. Despite surviving the crash and being kept alive by several different machines, Johnson remained depressed.

Maya Angelou discussed her son with Associated Press, explaining: "Guy Johnson is a wonder. He's been physically challenged. He was paralyzed from his neck down at one point. The doctors had told me, 'Your son, he will never move again, he will never walk again.' I said, 'My son will walk out of this hospital.'"

The author of 'I Know Why the Caged Bird Sings' continued to say "I walked into the intensive care (unit) and my son said, 'Mum, that which I feared is upon me.' I can hear it now and this is 40 years later. He said, 'Mum, I have to ask you a favour no one should ever ask (of) their mother. I know I'm your only child. I know you love me, but if there's no recovery I refuse to live as a talking head. Will you pull the plug?'"

She concluded by saying: "I started shouting. At the top of my voice I said, 'In that case, recovery. I see you swimming. I see you walking. I see you dancing. And I thank God for it, and I'm claiming it loudly.'" Johnson was able to make an almost full recovery and did, in fact, walk out of the hospital. He unfortunately still suffers some side effects from his injuries, however. 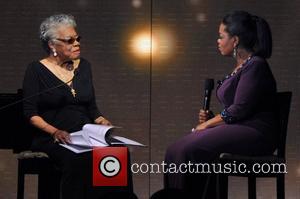