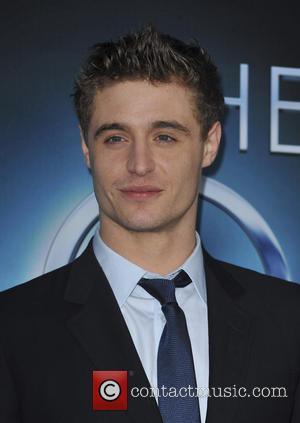 Actor Max Irons is bored of answering questions about his Oscar-winning dad, insisting he's not a revered thespian when he's at home in between movies.

The Red Hiding Hood star hopes his new turn in blockbuster The Host will give journalists fresh material to research, because he never knows what to say when they start quizzing him about his famous father Jeremy.

He tells Wenn, "He's just my father. I understand it's gonna come up. It comes up less than it did a year ago, which is nice and hopefully that's a trend that might continue. Some interviews are fixated on that, which becomes quite tedious. There have got to be more interesting questions because he is just my father.

"I never went to celebrity parties or film sets (as a kid). He let me have a normal childhood, thankfully. And I have an Irish mother who is the opposite of the cliched Hollywood actor lifestyle. Thankfully, they let me be a kid when I needed to be a kid. My dad, when he comes home, he's straight into the garden and he's gardening for the day. That's what he does."

But Irons admits his dad has given him some great acting tips: "He did give me warning advice that it is a difficult business and it's hard to form meaningful relationships, there's jealousy. Once he saw I was serious his advice was to keep acting in plays to keep my muscles going, like a one act Stoppard play, or Pinter play. He was right and I've done that."