Former Bond Girl Maud Adams is not impressed that James Bond will drink a Heineken beer instead of his usual Vodka Martini cocktail in 'Skyfall'. 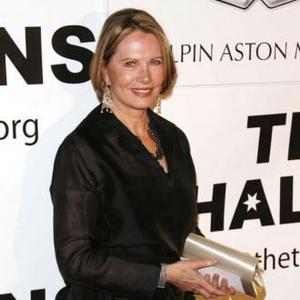 Maud Adams is unhappy James Bond is going to be seen drinking a beer in new movie 'Skyfall'.

The 67-year-old Swedish actress starred opposite Roger Moore in two Bond films, 'The Man with the Golden Gun' and 'Octopussy', and she is unimpressed that current 007 Daniel Craig will be seen supping a Heineken instead of his trademark Vodka Martin cocktail after Heineken USA agreed a deal to be featured in the movie.

She told Swedish entertainment magazine EXTRA: ''Even though it's a good beer, this has gone too far.

''Martini was something elegant when I served Roger Moore and it is elegant to this day.''

in 'Octopussy' Maud played the Jewel smuggling title character and was seen on screen serving Roger one of the iconic drinks.

As part of Heineken's deal Daniel will also appear in character for a TV commercial for the drinks brand which will air all over the world and will be created by Wieden & Kennedy Amsterdam with 'Skyfall' director Sam Mendes acting as a consultant.

The 44-year-old actor will also appear as the spy on special packs of the beer.

Despite attracting criticism from fans of the spy series, Daniel has defended the inclusion of a beer instead of Bond's usual tipple - prepared ''shaken not stirred'' - because the money The Deal generates helps meet the cost of making and promoting the film.

He said: ''This movie costs a lot of money to make, it costs as nearly as much again if not more to promote, so we go where we can.

''There's a big furore about [the beer], but it's not what the movie's about, I promise you. We haven't sold out completely.''

'Skyfall' is set for release in October.