Matthew Vaughn is reportedly in talks to direct 'Star Wars VII' after he dropped out of helming 'X-Men: Days of Future Past'. 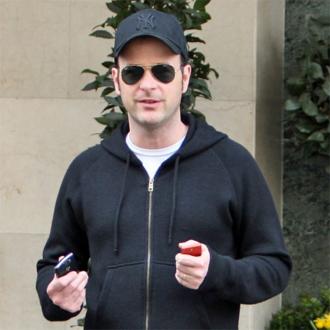 Sources told Collider.com the main reason the 41-year-old filmmaker has dropped out of directing the 'X-Men: First Class' sequel, 'X-Men: Days Of Future Past' - a role which has since been taken on by Bryan Singer - is because he has entered negotiations to direct the upcoming 'Star Wars' movie.

If Matthew does sign up for the project then it is thought the helmer - who worked on the scripts for 'X-Men: First Class', 'The Debt', 'Stardust' and 'Kick-Ass' - might also have a hand in writing part of the hotly-anticipated seventh film in the sci-fi series.

Disney is to make three new 'Star Wars' films after it was announced last week the entertainment multination has agreed a $4.05 billion (£2.52 billion) deal to buy Lucasfilm from its founder George Lucas, who created the fictional 'Star Wars' universe which began with the first film, 'Star Wars Episode IV: A New Hope', in 1977.

'Star Wars VII' is slated for released in 2015 and should Matthew take on the directing role it is thought this would be on a film by film basis rather than sign up for the whole three-movie project, the website reports.

Harrison Ford - who played Han Solo in the first three movies of the sci-fi franchise from 1977 to 1983 - has said he is open to reprising his role as the character, who he last portrayed in 1983's 'Star Wars Episode VI: Return of the Jedi'.