Moviemaker Matthew Vaughn Is Planning To Return To The Kick-ass Universe For A Prequel. 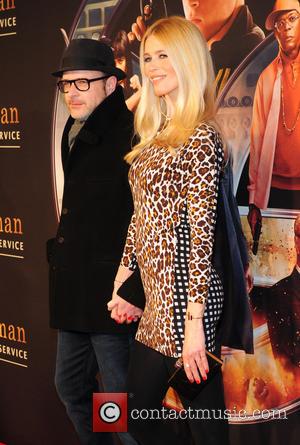 The Brit, who directed 2010's Kick-Ass and produced Kick-Ass 2 in 2013, has revealed he's interested in an origin story revolving around Nicolas Cage's Big Daddy character, who died at the end of the first film, and his daughter, Hit Girl, portrayed by Chloe Grace Moretz.

"I think we've got to do this prequel to regain the love that we had with Kick-Ass."

But Mark Millar, who created the Kick-Ass comic book, insists fans shouldn't expect to see any new films in the near future.

He tells website Film.com, "There's really nothing happening here in any official way. Matthew is talking about an idea we had for Hit-Girl but it's just been a few informal chats and we haven't discussed Kick-Ass 3 at all... Hit-Girl and Kick-Ass are not on our radar, I'm afraid."