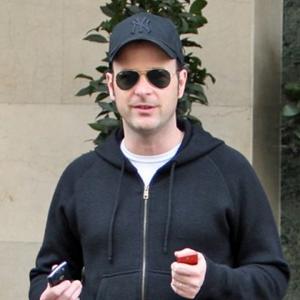 Matthew Vaughn is working an adaptation of 'The Golden Age'.

The filmmaker - who is currently directing the finishing touches to 'X-Men: First Class' - has teamed up with Jonathan Ross and Tommy Lee Edward on the project, which focuses on retired heroes who live in a home coming back to duty to help out their grandchildren after their own Offspring ruin the planet.

Matthew is in talks with studios and already has some A-list names lined up to take on the lead roles, including Clint Eastwood, Jack Nicholson and Warren Beatty.

He said: "You have these great star names and they're mainly playing supporting roles now. I want to give them the lead again and let them have some fun."

However, because 'X-Men: First Class' has turned out to be such a long project, it is thought Matthew might just produce 'The Golden Age' and let someone else direct.

Jane Goldman - who he worked with on 'Kick-Ass' - is being lined up to write The Script, although nothing has been confirmed.