Matthew Vaughn is working on a sequel to 'Kingsman: The Secret Service'.

After the stunning success of the original, Matthew Vaughn has confirmed he is working on a sequel to Kingsman: The Secret Service. The spy-caper starring Colin Firth and Mark Strong took over $400 million at the global box-office and scored mainly positive reviews.

Kingsman: The Secret Service grossed over $400 million at the global box-office

Promoting the release of Kingsman on Digital HD, Blu-Ray and DVD, Vaughn revealed that he was working on a script for the sequel.

"Well, the good news is that I'm writing it next door at the moment. If I think I can get the script good enough, then we are making it," he told Yahoo Movies at a sit down at his own home. "We are doing our damndest to make that happen."

More: Kingsman: The Secret Service surprisingly has 94% on Rotten Tomatoes

"I'm in love with these characters and I want to work with them again so I'll probably be breaking the rule of [me] tending not to make sequels."

The British director will almost certainly have to rethink his stance on sequels and will probably have to mull over the idea of a franchise given Kingsman's clear suitability. 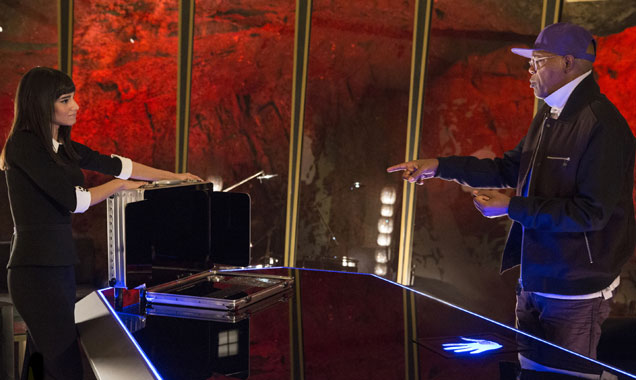 "Underneath the silly carnage, there's a tremendously fun film, but as a starting point, it signals the start of a potentially big new franchise," said Jeffrey Lyles of Lyles' Movie Files.

'Kingsman: The Secret Service' is available in the UK on Digital HD, Blu-Ray and DVD now.