'The End of Longing' will play from February to May 2016 at the Playhouse Theatre, and will be the first time Perry has performed in the West End since 2003.

Former ‘Friends’ star Matthew Perry is set to appear in London’s West End in a new play that he’s written himself.

Entitled ‘The End of Longing’, his new project is set in Los Angeles and concerns “four broken people yearning for love”, and it will see him reunite with director Lindsey Posner for the first time since they worked together on David Mamet’s ‘Sexual Perversity in Chicago’, also in the West End.

Perry’s play will run from February 2nd to May 14th at the Playhouse Theatre, with rehearsals beginning in the new year and other casting details yet to be confirmed. 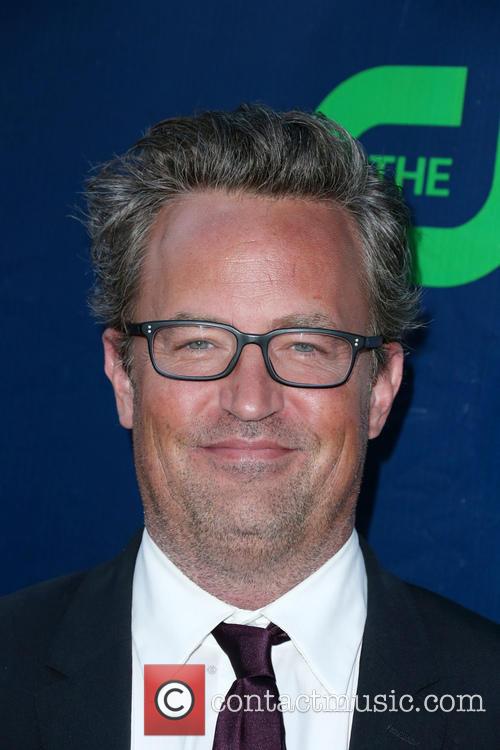 Matthew Perry will be returning to the West End in 2016, for the first time in 13 years

“I've written a play called ‘The End of Longing’ which I'm very excited about," Perry said, announcing the news via his Twitter account in a short video. "I will also be starring in the play so I'm very narcissistic. It's about 12 years since I performed in a play in the West End so I'm very excited for my comeback.”

Talking about the upcoming production and the experience of treading the boards, Perry said: “Being on stage makes you feel naked. Being on stage in a play that I have written will make me feel doubly naked. So if you'd like to see me doubly naked, tickets go on sale today.”

Check this video out to find out about my latest exciting project & for more info see @EndOfLonging pic.twitter.com/UEWU89axcE

46 year old Perry revealed a bit more about the play to the Daily Mail, saying the characters were “a drunk, a prostitute, a woman who's extremely neurotic and addicted to antidepressants, and a simpleton. When we meet them in a bar in Los Angeles, they're pretty severely broken, and they set off on a path to be less broken. Their path is bumpy and, hopefully, funny,” he said.

Perry, who plays “the drunk”, said the role was “sort of an exaggerated form of myself” but added it was not autobiographical. He also revealed that he had written the entire play in just 10 days.

More: Matthew Perry is very aware that he “will never be involved in anything as big as ‘Friends’ ever again