Is Matthew Perry Back? ‘Go On’ Scores Solid Ratings Again 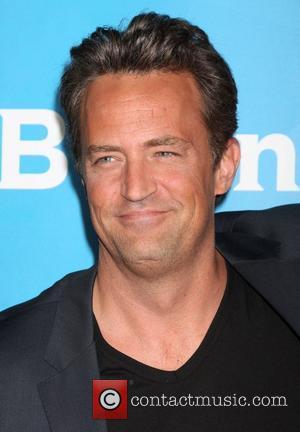 Matthew Perry may very well be ‘back’. The 43-year-old – of course best known for his long running turn as Chandler in ‘Friends’ – can currently be seen in new NBC comedy ‘Go On’, which is scoring very solid ratings.

According to Entertainment Weekly, the show pulled in 9.3 million viewers for its third week, hardly down on the first two episodes at all. He’s launched several shows since ‘Friends’, though ‘Go On’ is looking like a keeper. The half-hour ‘dramedy’ follows Perry’s character Ryan King – a sportscaster who tries to move on from the loss of his wife in group therapy. So why is ‘Go On’ succeeding when ‘Studio 60 On The Sunset Strip’ (written by Aaron Sorkin) and ‘Mr Sunshine’ (not written by Aaron Sorkin) failed? Well, Jesse Carp of CinemaBlend.com appeared to hit the nail on the head by suggesting, “A little bit Role Models, Community and even My Name is Earl (the reluctant lead helping oddballs in a group situation), Go On has carved a niche that seems both old and new, which is perhaps the perfect mix to snag viewers as well as produce the kind of quality comedy not always found (or sustained) on network television.” Proving that he’s equally adept at handling the drama as well as the comedy, Perry could really be onto something with his latest offering.

Elsewhere in the ratings this week, Jj Abrams new NBC show ‘Revolution’ – about life without electricity – pulled in 11.7 million viewers. Though great news for network bosses, the drama was clearly given a helping hand by lead-in ‘The Voice’, which boasted 13.4 million viewers.