He's been looking so tired recently.

It seems that London life clearly isn't for everybody as 'Friends' star Matthew Perry looked particularly worse for wear as he appeared on an interview with Holly Willoughby and Phillip Schofield on 'This Morning' today (March 22nd 2016) to discuss his new play 'The End Of Longing'. 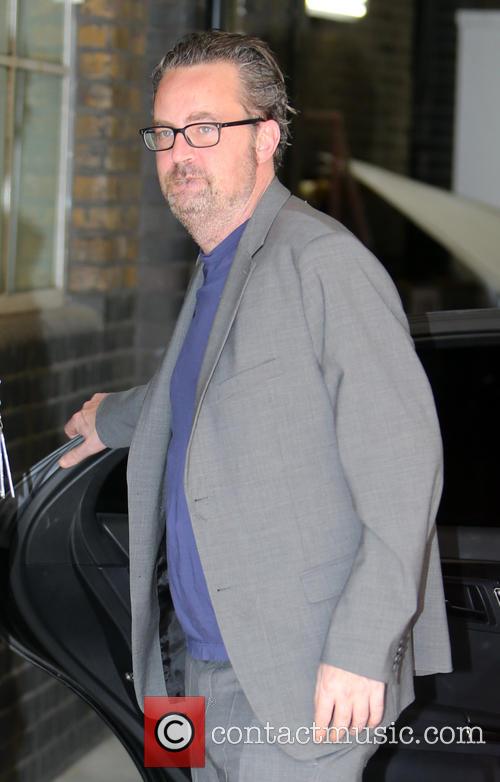 Bloated, unshaven and with his mass of grey hair untidily slicked back, the actor looked very much in need of a rest as he arrived at the studios for 'This Morning' to talk about his latest project. Many fans took to social media accusing him of slurring his words, and suggesting that his dishevelled appearance could be down to a many years of drug addiction while he worked on 'Friends'. But then, it's more likely he's just super tired.

He has also been working incredible hard on 'The End Of Longing' since February; a stage production that he wrote about an alcoholic man who enters into a relationship with a high-class escort. The show is set to show on the West End until the end of May.

So is the messy appearance all for the benefit of the play? Or is he genuinely showing some strain from the pressures of having written and starred in his own brand new production? It could indeed be both, and then he's got to prepare for the Spring premiere of season two of the sitcom 'The Odd Couple', so he's got a lot on his plate.

Meanwhile, it doesn't look like a 'Friends' reunion will be on the cards anytime soon. 'It would be nice to go back and do more, because it was so much fun. That's the concern about doing a reunion show or movie because it ended so well', he said on 'This Morning'. 'We don't want to ruin that. Everybody asks about a reunion and there's been no real talk of that.'