Matthew Morrison thinks Adele would be a great addition to the 'Glee' cast and is hoping she gets a cameo role in the musical TV series. 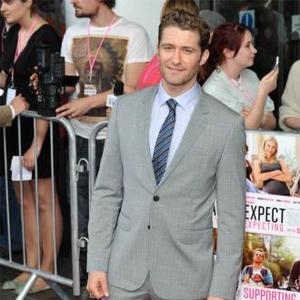 The actor - who plays high school teacher Will Schuester in the hit musical TV show - thinks the 'Rolling in the Deep' singer would make a great addition to the cast and is hoping it can happen.

Speaking at the UK premiere of 'What To Expect When You're Expecting' at the BFI IMAX cinema in London last night (22.05.12), Matthew told BANG Showbiz: ''I'd love to see Adele. I don't think she should sing on the show ... I don't know what she would do but it would be fun to have her on the show!''

Adele could join the illustrious list of guest stars who have appeared in 'Glee' which include Gwyneth Paltrow, Lindsay Lohan and Britney Spears.

Although Matthew admitted fellow British star Cheryl Cole ''would be great'' in a guest role, he admits the decision lies in the hands Glee's producers.

He explained: ''I think they all know who she is, so I think that it's up to them. I will lobby for people that I really want on the show but I haven't done that for her. But there's so many people that want be on that show!''

Nonetheless, the 33-year-old singer-and-actor was full of praise for the 'Call My Name' hitmaker, who has a cameo in 'What To Expect When You're Expecting'.

He said: ''It was great working with her, she was amazing, she was very professional and really did a good job and did very well.

''Coming to London a lot, you can't get away from her or go without seeing a picture of her so it was great to finally interact with her as a human being, it was fun.

Cameron Diaz, Cheryl and Chace Crawford also walked the red carpet with Matthew at the premiere.