Matthew Morrison wants to play a serial killer in a new movie in order to prevent being typecast as singing teacher Will Schuester in 'Glee'. 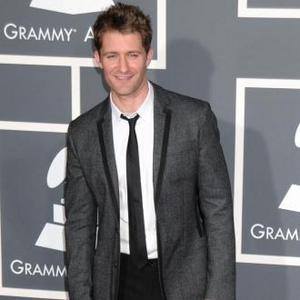 The 33-year-old actor is best known for portraying teacher Will Schuester in 'Glee' and is keen to tackle roles that are very different to the musical TV drama in order to prevent being typecast.

He told more! magazine: ''My dream role would be anything away from Mr. Schuester at this point.

''I really want to do something dark, like being a serial killer.''

The 'What to Expect When You're Expecting' actor would love to see his 'Glee' character settle down and start a family and Matthew also has some ideas for other potential storylines.

He said: ''We have a lot of input. Right now, we're getting towards the end of the season, and a lot of the kids are graduating so Will is sad.

''But he did just get engaged, so hopefully we'll see a wedding and maybe babies.

''I would love to see [Sir] Elton John on the show and have him start dating Sue Sylvester [Jane Lynch]!''