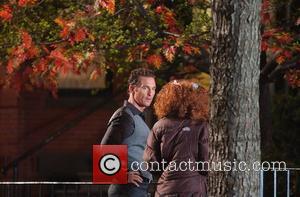 Picture: Matthew McConaughey and Emma Stone Rehearse a scene from 'The Ghosts of Girlfriends Past' Boston, Massachusetts - 16.04.08