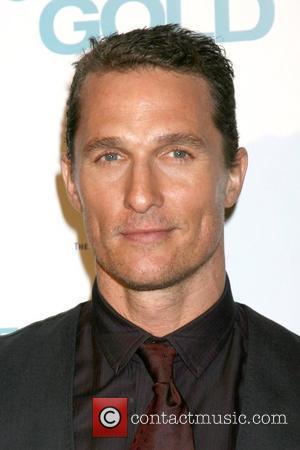 Matthew Mcconaughey was given a very special job at the ESPY Awards in Hollywood on Wednesday night (12JUL06) - host Lance Armstrong's personal bartender. The two Texans have become firm friends and retired cyclist Armstrong often stays with the SAHARA star when he's in Los Angeles. The hunks have even started training together. And, to thank him for all his cycling tips, MCConaughey agreed to make tequila cocktail Margaritas for Armstrong backstage so the Tour De France champ could calm his nerves during the sports awards ceremony. Armstrong says, "He said, 'What do you need from me?' I said, 'I need you there at 5.30, making 'ritas.' He said, 'I'll be there.'" Armstrong, who claimed the night's Athlete Of The Year honour for the fourth time, was surprised by another famous pal when funnyman Will Ferrell took to the stage for an unannounced musical tribute to the cycling hero. Other big winners at the ESPY Awards included movie mogul Jerry Bruckheimer, who claimed the Best Film prize for his sports movie GLORY ROAD.