Matthew Mcconaughey is proud of the ''exceptional thong'' he wears in new stripper movie 'Magic Mike'. 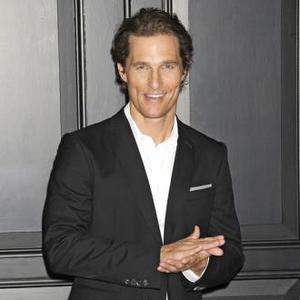 The actor plays a ''lunatic guy'' in the male stripper film, and promises fans will get to see him bare plenty of his flesh for the role.

When asked if he takes his shirt off in the film, he said: ''I had to. I couldn't do this film and not do that. This was different, though, man. This was more than taking off my shirt. You'll see, man. I've got an exceptional thong.''

Matthew, 42, stars alongside Channing Tatum - who plays lead character Mike - in the movie, and said he had to make his character, strip club owner Dallas, crazy to make up for the fact he wasn't as good at dancing as his younger co-star.

He added to Shortlist magazine: ''Channing's such a damn good hip-hop dancer, I knew I wasn't going to challenge him at dancing.

''It's raw, man, I get to play this lunatic guy, who's a bit of a Jim Morrison, Malcolm McDowell in 'Clockwork Orange' kind of guy. He's ready to revolutionise the male [stripping] world. In his mind, he's an absolute deity.''