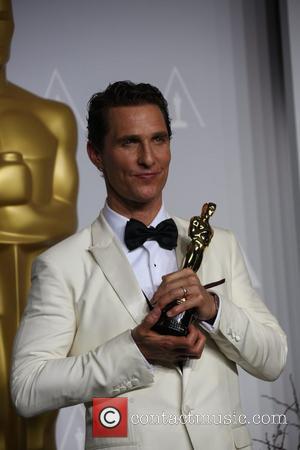 The Oscar-winning Dallas Buyers Club star first used the slogan in his break-out film Dazed and Confused and it has become his catchphrase.

MCConaughey kicked off most of his 2014 awards season acceptance speeches with the line, and he used it again at the Academy Awards on Sunday (02Mar14) - and now the actor has put it on a set of T-shirts.

A portion of the proceeds from the line will benefit his Just Keep Living Foundation, which implements after-school fitness and wellness programs in inner city high schools.