Matthew Mcconaughey has kept all of his costumes after playing a former stripper Dallas in comedy movie 'Magic Mike'. 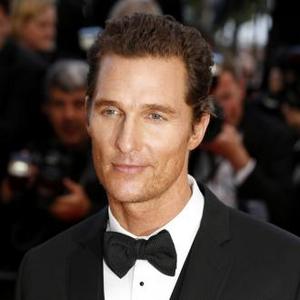 Matthew Mcconaughey has kept all of his costumes after playing a stripper in 'Magic Mike'.

The 42-year-old actor stars as former dancer Dallas in the comedy movie, and he was keen to keep the leather trousers and vast array of thongs that his alter-ego has to wear during the film.

He said: ''I kept all mine. As soon as we found the leather pants on the first day with Christopher, the costume designer, we were like, 'Okay, that's Dallas's staple.'

Matthew - who stars alongside Channing Tatum, Alex Pettyfer and Olivia Munn in the motion picture - admits he was ''very nervous'' ahead of his first stripping scene in the movie, but he was eager to do it again once he had conquered his fear.

He said: ''I was very nervous, yeah. Before going out on the stage, to dance, even if you're not taking your clothes off, for everyone live is kind of nerve racking, but then knowing you have to strip down, very nerve racking. Then after doing it once, God, I wanted to get up there and do it again. That was a lot of fun.''

Since shooting the movie Matthew has married Brazilian model Camila Alves, and he admits the brunette beauty enjoyed watching him take his clothes off during filming.

He added to Buzzline: ''My wife now, girlfriend at the time, actually showed up, snuck in quite a few days and she gave me the thumbs up and said, 'Go for it, baby.' So, she's going to like it.''

'Magic Mike' sees the titular character (Channing) teach a young novice (Alex) how to strip, pick up women and party.