Matthew McConaughey, Is That You? Actor Loss 30 Pounds For Movie Role 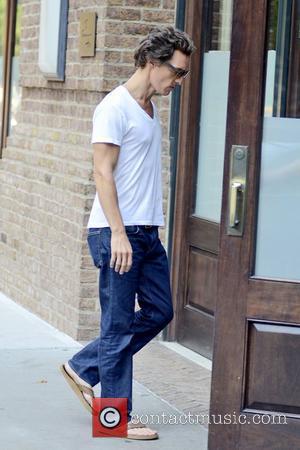 Matthew Mcconaughey workout routines certainly seem to be doing the trick, though maybe a little too well. The Hollywood actor, 42, appeared almost unrecognizable when he was snapped leaving a church in Austin, Texas, this week, physically leaning on his mother for support.

However, if fans are concerned that Matthew is looking pretty ill, then he's probably doing a pretty good job. Confused? Well, the star has lost 30 pounds in weight for an upcoming role in 'The Dallas Buyer's Club', the true story of an AIDS sufferer who was told to "go home and die" in the 1980s. Instead, McConaughey's character Ron Woodroof delves into the world of underground pharmacies in an attempt to prolong his life. Back in July, the actor - who at that point had lost 15 pounds - appeared on Larry King's TV web chat show. "It's a bit of a spiritual cleanse, mental cleanse," he told the veteran broadcaster. "I'm drinking a lot of tea . It takes a while for your body to understand that it has to feed off of itself and that you're not going to give it something else from the outside." McConaughey's preparations for the role are in stark contrast to those for 'Magic Mike', when he ate five protein heavy meals a day to play a buff stripper.

Of course, losing weight for movie roles is nothing new, and actors have gone far further than McConaughey's 30lbs. For his role in 'The Machinist', Oscar winner Christian Bale lost 62lbs on a diet of one cup of black unsweetened coffee and an apple, a day.