Matthew McConaughey Honoured With Star On Hollywood Walk Of Fame

The Oscar-winning actor made the ceremony a family affair as he was joined by his wife and children at the unveiling of his star.

Matthew McConaughey, who won the Best Actor Oscar for his role in 'Dallas Buyers Club' earlier this year, will officially never be forgotten in the acting world as he received a star on the Hollywood Walk of Fame Monday (Nov 17th). 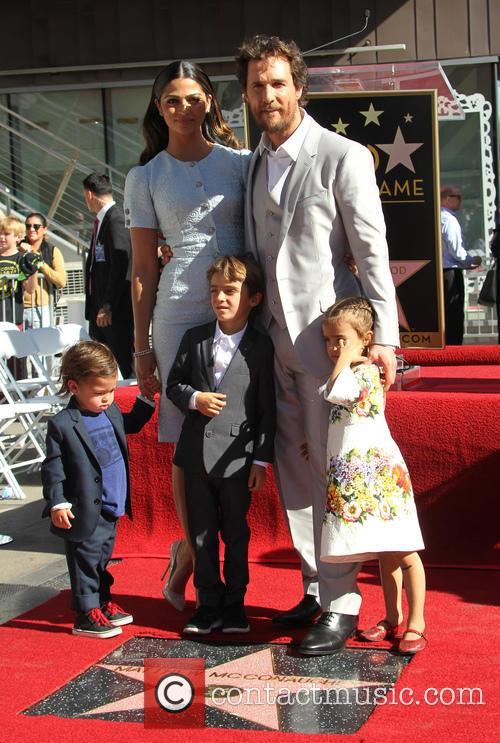 The 45-year-old actor, who wore a grey three piece suit, made the special honour a family affair as he was joined by his wife Camila and their children, Levi, 6, Vida, 4½, and Livingston, 2 next month, when the star was unveiled.

As well as the McConaughey clan, his 'Interstellar' co-stars Anne Hathaway, Jessica Chastain and Mackenzie Foy, as well as the sci-fi film's director Christopher Nolan were all there to support the talented actor.

"It is a special day to me, this is a great moment in my career and my life," he said at the ceremony which took place outside Madam Tussauds on Hollywood Boulevard. "I only saw two or three films in my life before I was 18 years old. I got my first job in Austin, Texas on a film called 'Dazed and Confused' and little did I know it would turn out to be a career and something I would learn to love, and am learning to love even more."

More: Matthew McConaughey Is Not Ashamed Of His Romantic Comedy Roles

"This business and industry, I feel it's a privilege every single day that I get up on a Monday morning and look forward to going to work," he continued. "This industry has given me a lot, a chance to live out some dreams I didn't even know I had, dreams I'm still finding along the way. What other business can you go and live them out but this storytelling business? Let's keep telling great stories, let's keep entertaining, let's keep putting something out there that matters, is original and is just plain fun."