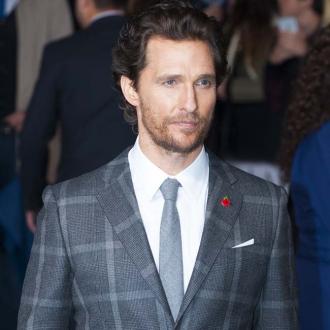 Matthew Mcconaughey believes he became ''less interesting'' when he bought a sports car.

The 'Interstellar' star, who is happily married to Brazilian model Camila Alves, claims he struggled to find a date after he swapped his favourite truck for a flashier vehicle while in high school in 1987, and the experience taught him to be himself.

Recalling moments that changed his life, the Oscar-winning actor told PEOPLE: ''I had driven a four-cylinder truck for two years but had just save enough money to buy this cherry-red 300ZX with T-tops. My truck was informal, rugged, social, like me. But this 300ZX was my dream car, or so I thought. And as soon as I got it, something changed.

''I started acting like my car. I became really concerned with my appearance, meticulous, self-conscious. I'd even park in the furthest corners of the parking lot so as to be sure it never got a door dent or fingerprints. In the same way, I also disengaged. Instead of chasing girls like I always had, I found myself hanging out with my car, leaning against it as if to let it do the work for me.''

The heartthrob claims the car also made him ''less interesting'' to the opposite sex.

He said: ''Girls became less interested in me, and I became less interesting. I was giving that damn red sports car way too much credit, and in doing so I got lazy, less fun and less me. I sold it two months later, and bought my truck back. And all was fine again with the ladies.''