Matthew Fox Is Fascinated By London

Matthew Fox is ''fascinated'' by London and is pleased his current experiences of working in the UK have lived up to his expectations. 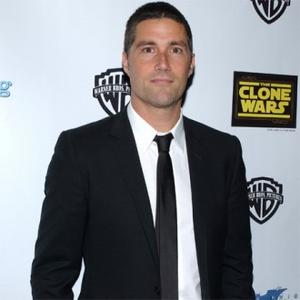 Matthew Fox has revealed he has always been "fascinated" by London.

The 'Lost' actor is currently starring in a stage production of Neil LaBute's new play 'In A Forest Dark and Deep' in the city's West End theatre district and is delighted it is living up to his expectations.

He said: "I came over here with pretty high expectations. I mean, it's something that I've always wanted to do, the West End of London in particular.

"I've always had a fascination with London. I've been here four or five times in the past. Never really had an opportunity to spend much time in London because I've always been sort of doing publicity tours for things I've been involved with.

"I've always wanted to do a play in the West End. It was the right material. I love Neil LaBute's writing. And the experience itself has been incredibly rewarding. I love going out there every night."

The play is the first major-scale stage production Matthew has been involved with and though it was something he always wanted to do, he admits he was unsure whether he would actually enjoy the experience.

He told TV talk show host Piers Morgan: "Really honestly, as an actor, I think until you do it, there's always a question mark of whether or not you're going to love that, because some people do and some people don't.

"Some actors really just like staying in a film medium. It's been far more rewarding than I ever imagined it could be. This has been an incredible experience. I really, really do love it."