Art and Pop have always made for uneasy comrades; the mass communication industries typically frown on Dadaist in jokes, aggressively distracting installations and other confusing manifestos. Before I hear y'all say Lady Gaga, we're aware here at Contact Towers that there are plenty of examples where artists have used self-expression as a tool for cementing themselves in our consciences, but at its simplest for every Horror's Primary Colours and its ilk, there's a Scouting For Girls record. It's one circle that never gets squared. Matthew Dear has been making music since the beginning of the century, and his idiosyncratic work is one of the few examples where art and pop share the same Instagram pic. Absorbing the first wave of British synth visionaries such as New Order and Depeche Mode via his older brother's record collection, his journey towards the mainstream has been a slightly tortuous one but, with the arrival of Beams, he's closer to shrugging off completely the more avant garde ticks which have made him a strictly cult proposition up to now. Reference points are everywhere, from Bowie's Scary Monsters phase through to David Byrne's genius turn on X-press 2's Lazy, but it's Dear's urbane delivery that provides a unique cutting edge. It's an almost adenoidal chant that's launched frequent comparisons to the former Talking Heads frontman but, in places, Beams contains instead some of the funky abandon of their offshoot Tom Tom Club, especially on the likes of Up & Out and opener Her Fantasy. Probably the album's signature track, the latter's warmth and panoramic sweep is impressive and ambitious in equal measure. It's an air of inclusivity that helps carry some of the more esoteric moments, such as the languorous Get The Rhyme Right, or the angular post-punk of Earthforms, a reminder of how James Murphy took LCD Soundsystem from obscurity to the verge of world arenas. Previously, it felt like the more accessible phases of Dear's music - take 2007's Asa Breed for example - were almost like high school experiments, the artist daring himself to make something hummable that could make it onto daytime radio A lists. Here, his two instincts - to entertain and stimulate - coexist more neatly than ever before, Do The Right Thing fusing nursery rhyme melodies with a pulsing techno undertone whilst Overtime growls, built on an undulating low end, soulful and swampy with just the right amount of menace. In a sense, it would be easy to say where to now for Matthew Dear, but he's already there. Sat right at the peak of his own normality, his music is ready to entrap you whether you're into conical bras or sheep in formaldehyde. It's the future, but kinda now. 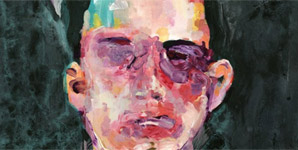