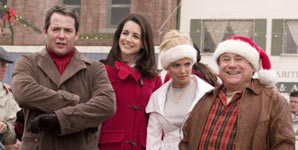 In the new comedy Deck The Halls, Danny De Vito and Matthew Broderick are neighbors with dramatically different personalities and contrasting approaches to celebrating the holidays. When they clash over Christmas decorations - the season of goodwill evaporates and all out war is declared. De Vito's gaudy, flamboyant lights drive the rigidly controlling and highly traditional Matthew Broderick into a frenzy. The two men come to blows with hilarious consequences.

The following interview was conducted in Los Angeles.

Q: What kind of person is Steve Finch, your character?
A: "I enjoyed playing this role because Steve Finch is a husband and father - it was fun to play a dad, I haven't done that very much. Also my character is funny. I am very square and I get to wear stupid sweaters. I have been the chairman of the Christmas committee in a small town for years. I am in charge of decorations and I like Christmas to be tasteful and done exactly the way I want it. I am very traditional. Everything is disrupted and my life turns upside down when the house across the street from me in our cul-de-sac is sold to Danny DeVito (Buudy Hall). He decides to go crazy decorating his house with thousands of glowing lights and I can't stand it."

Q: He sounds a little controlling and obsessive?
A: "He is controlling and he gets obsessed with winning his manufactured battle with Danny De Vito and that makes him actually lose control completely. Danny is spontaneous and free spirited and I think he releases something in my character. Danny's Buddy is the kind of person Steve wants to be in a way, he would like to be relaxed and free enough to make his house bright and fun. But he has always been too rigid. Buddy has an ease about him that makes my character very jealous, because I am watching everything develop with his decorations right across the street. Everybody is coming to look at his display. So I want to destroy it."

Q: What was it like working with Danny?
A: "It was lovely, He's so charming and interesting and hilariously funny and easy to work with. Danny is very loose as an actor and we could be spontaneous and do some improvisation, we didn't always stick to the script. It was very enjoyable to confront Danny all the time as we fight with each other. The film was nicely written with funny scenes in which we try to resolve our conflict - he sells me a car in one scene, we have an ice skating race, we get to go down a big slide together and at one point we get to lie naked in a big sleeping bag together in the back of a van - just to give you an idea."

Q: Do you think people really get obsessed like these two men?
A: "I do think people go crazy at Christmas, I don't think I am like that though. The ones who go crazy are usually people who like to think they are in charge, people who think they are the bosses and like to control everything, so they cannot stand other people getting the glory. Buddy Hall comes to town and people start to call him 'The Christmas Guy' which is basically my whole reason for living and when Buddy takes that away from me. I just can't take it, I can't stand it."

Q: What was it like working with Kristin Davis, who plays your wife and of course starred with your real wife, Sarah Jessica Parker on Sex and The City?
A: "I have known Kristin for a long time and it was easy working with her because it wasn't a big romantic movie, that might have been different. She's so sweet and good. She's a great actress and I have liked her so much for years, so I was very happy that she wanted to do it. I've never worked with her before and Sarah said she'd be great and she was."

Q: What was it like making a Christmas film in the summer heat in Canada?
A: "It was hot and it did not feel Christmassy, you have to pretend to act cold. In a way it would have been much easier filming in the freezing cold in the middle of winter, but that is the magic thing movies do. We may have been feeling hot and sticky and uncomfortable in our thick sweaters and gloves and coats, but the film ends up looking like a little town in Massachusetts in December, cold and festive. It was amazing and fascinating watching the crew pump out the fake snow and build a huge tent that covered two houses, so we could shoot in the daytime and we didn't need to shoot every night. The nights in Vancouver are very short during the summer."

Q: What is a typical Christmas for your family?
A: "A typical Christmas for me revolves around family as well as eating enormous amounts of food. We've only lived in our house for about four years, so it's all a little bit new and having a four year old, Christmas really revolves around him and what he likes. My wife has an enormous family, a lot of brothers and sisters, so they come over and my family comes over and we just juggle going to different houses. I think it is similar to what everyone does. I always think that Christmas is a lot of work. It means decorating, cooking, seeing people, I find it a lot of trouble."

Q: Do you have a favorite Christmas memory from childhood?
A: "I have various snowy memories, I remember clearly getting a wonderful red bike and I remember a train set that my father set up the night before Christmas not knowing that I had secretly seen him doing it. So that was my first major acting role - having to open the box in the morning and act surprised and say 'Oh my God a train'. It was funny. He didn't catch on."

Q: Do you decorate like Steve or Buddy?
A: "Neither, but I love decorations. Growing up, my father always had beautiful lights from the forties, old Christmas lights and I remember opening up the boxes and lighting the house. When I was a kid, we also made our own decorations for the tree, which was fun. My mom was a painter so very creative and I have very good memories. People don't do too much in New York, you do the inside of your house, your tree and you hang lights in your window. When I was kid you hung lights on your fire escape. I should make a disclosure though - I am half Jewish but I have always enjoyed Christmas. It is more than a religious holiday I think, we see it as our winter family holiday. We don't know how to do Hanukah really! We get the candles out and do our best."

Q: Christmas in New York must be fun?
A: "I love Christmas in New York. It is romantic - with Central Park and the horses. I love to walk around New York at this time of year. It is always exciting. You walk along 5th Avenue and take a look at the big tree and watch the skaters and eat chestnuts. It is all clichéd stuff but it's all real and wonderful. People bump into you in the street and they are a litter bit nicer." 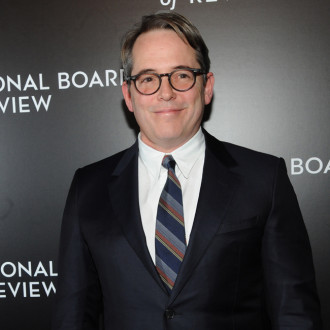 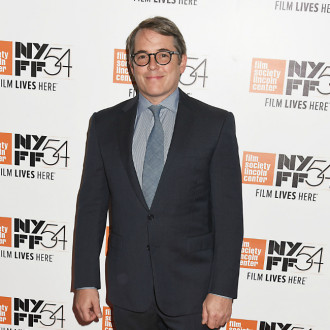