Matt Smith Won't Be Dr. Who AND Sherlock. It Won't Happen. No.

Saving the world as The Doctor was quite enough, thank you very much

Matt Smith has effectively ruled out playing two of the U.K’s most popular characters by shrugging off rumours that a Sherlock role might be his in the not-too-distant future. Speaking at the Wizard World Con, he said: ‘Listen, there’s no room for me on Sherlock!” 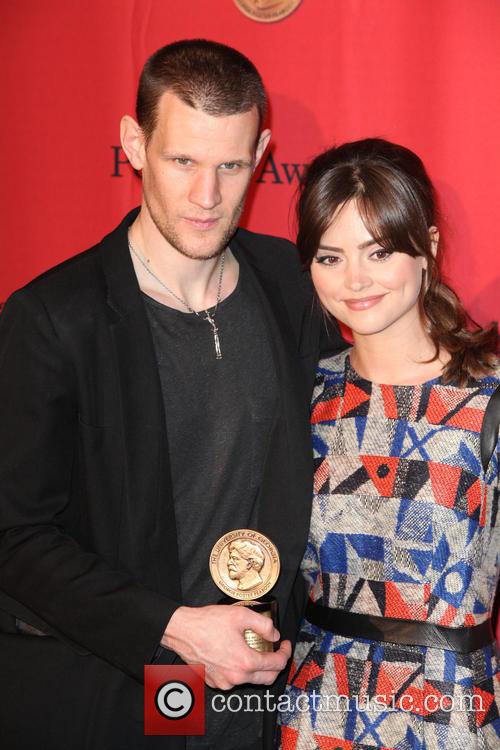 Matt Smith and Jenna Coleman made a wonderful Dr.Who and Clara Oswald

Smith, of course, was replaced by Peter Capaldi of The Thick of It swearing fame when he quit the job for pastures new. A tall, dark haired and handsome Englishman combining razor-sharp wit  and an insatiable charisma, Smith was considered perfect for the role of Sherlock by many, but those hope have been dashed by the man himself, according to Metro.

“They’ve got Benedict and Martin, that’s quite enough peculiar Englishmen for that show. There’s no room for another,” he added. Steven Moffat  - writer of both shows and quasi-creator of one - has previously admitted if there was a part for him, Matt could join the Sherlock team.

“If there was a perfect part for him, there’s no rule against it,” he said. “We wouldn’t want it to be stunt casting, because stunt casting doesn’t work, so it would have to be just because he was overwhelmingly right for it. I love working with Matt. He’s a phenomenal actor. I’d jump at the chance to work with him again. I don’t know how likely that is to be on the set of Sherlock.”

But UK TV fans that want to see Smith back on their screens shouldn’t feel too bad; the actor has recently admitted that he’d love to reprise the Dr. Who role once more in the future, even if it’s just for a one-off special.

He starred in the 50th anniversary special entitled 'The Day of the Doctor', which aired on November 23 and was very happy to see David Tenant back as one of the Doctors. "It was a real historic moment for me. I always look at David and go, 'Oh my god. It’s Doctor Who! I’ll happily come back for another anniversary!"

Look it's Matt Smith walking about in Beverly Hills