Matt Nathanson Is Putting Smiles On Everyone's Faces With 'Headphones'

Matt Nathanson has been spreading a lot of happiness recently since the release of his single 'Headphones' earlier this year, and it's no wonder he's becoming more and more of a folk-rock fixture in the US. 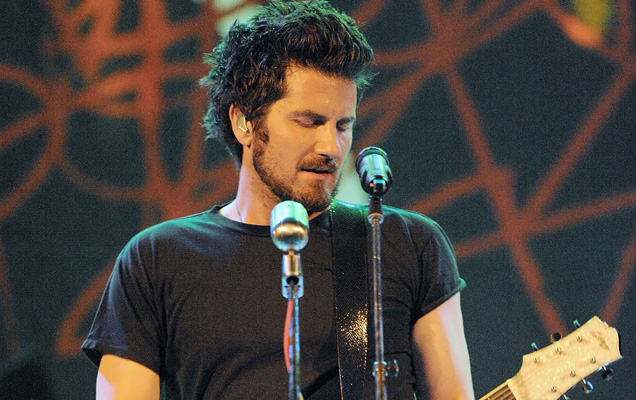 Matt Nathanson played a US tour earlier this year

41-year-old Matt Nathanson teamed up with singer-songwriter Lolo on his latest song 'Headphones', and with it he has been touching a lot of hearts. Recently, he unveiled the official music video featuring footage from his trip to Peru with the Starkey Hearing Foundation, where he and the charity gave out more than 1000 hearing aids to sufferers in the Huancayo region who couldn't afford or access medical help elsewhere. Bringing joy to children, the elderly and all the people in between who attended the Starkey Clinic, Nathanson donated all the proceeds from the video in a bid to help even further.

And his generosity doesn't stop there. The San Francisco based musician treated a lucky selection of fans to surprise one-on-one performances of his new track via video link, after they gave him a thumbs up on the popular internet radio site Pandora as part of its #ThumbMoments program. For any fans who missed his extensive North American summer tour with Gavin Degraw in summer 2014, this would've been the most incredible substitute.

Not that his live shows are very easily substituted. Nathanson has sold-out shows all across North America with his entertaining performance style, incorporating humour, incredible covers and unique mash-ups of his own songs with other hits. Though, after a 20 year career, you would indeed expect him to have his live shows nailed.

More: Listen To More Of Matt Nathanson's Music Via His Pandora Station

While largely unheard of outside the US, Matt Nathanson released his first album, 'Please', in 1993 with three others to follow before his chart debut 'Beneath These Fireworks' ten years later. He first came to prominence with his Vanguard Records debut 'Some Mad Hope' in 2007, which reached number 3 in the US Indie Charts and featured the Platinum single 'Come On Get Higher'. His last release, 'Last of the Great Pretenders', came into the US Rock chart at number 2, reached number 16 in the Billboard 200 and spectacularly topped the iTunes Alternative Albums chart.

There's no word yet on a forthcoming new album to accompany his 'Headphones' single, but we seriously can't wait.

Matt Nathanson Is Putting Smiles On Everyone's Faces With 'Headphones'