LeBlanc appeared on James Corden's 'The Late, Late Show' this week, and revealed why he really took the 'Top Gear' co-presenting job alongside Chris Evans.

While the newly re-launched ‘Top Gear’ might not be setting the world alight, the show’s co-presenter Matt LeBlanc has, for many, emerged as the main star. However, the American favourite has revealed that he took the job for only one reason – he needed it.

Speaking to chat show host James Corden on ‘The Late, Late Show’ on Wednesday evening (June 15th), LeBlanc admitted that he was in need of a job when he was offered it late last year. 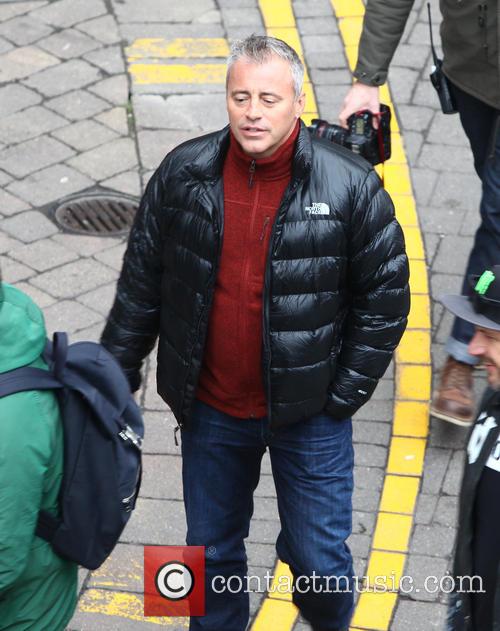 The 48 year old actor said that his long-running British sitcom ‘Episodes’ was “coming to an end and I needed a job. So I said, “okay, why not?”

LeBlanc, renowned for his role in ‘Friends’ and a keen petrolhead, was a guest on Jeremy Clarkson’s ‘Top Gear’ on more than one occasion, recording a fastest lap during their ‘Star in a Reasonably Priced Car’ segment.

Corden said that his own experience driving the lap on ‘Top Gear’, before he took his massively well-received presenting role in the U.S. last year, wasn’t very good. LeBlanc invited him to “come back and do it again – it’s a new track and now it’s a rally car.”

He then offered his reasoning behind his opinion that American drivers are much better than Brits.

“The roads here are so much wider and bigger, but in the UK and London the roads are so narrow because they were built for horses and carts,” he said. “So here if you make a mistake and get a bit wide you maybe hit a tree, or some bushes. Over there, you go off line? You hit a 1000-year-old church.”

Co-hosting alongside British presenter Chris Evans, the new ‘Top Gear’ is now three episodes in to its latest series. While the most recent episode got the best reaction yet, viewing figures are still down on what the BBC had hoped.