Former 'Friends' star Matt LeBlanc has admitted he hates badgers because they're ''mean and aggressive''. 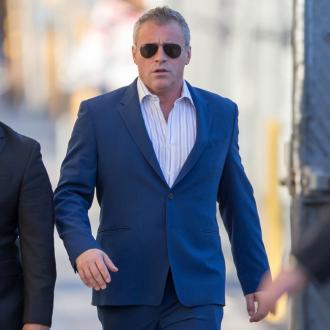 The 'Episodes' star considers himself an animal lover but admits he doesn't care for the nocturnal mammals due to their ''aggressive'' nature.

Speaking in Woman and Home magazine, he admitted: ''Badgers are just mean. They are very territorial and aggressive with their claws, teeth and tough hides.''

Earlier this week, LeBlanc addressed the never-ending rumours he and the rest of the 'Friends' cast are going to reunite.

The 47-year-old actor regularly hangs out with his former castmates, Jennifer Aniston, Courteney Cox, Lisa Kudrow, Matthew Perry and David Schwimmer, but doesn't believe a comeback for their characters is on the cards.

LeBlanc - who played Joey Tribbiani in the sitcom from 1994 until it ended in 2004 - said: ''As far as a reunion goes, I just don't think it's going to happen. I think we're all very flattered that people keep talking about it ... I don't think there'll be a movie. As far as little things here and there, we spend a lot of time together, so any time there's more than one of us in a room together there's going to be parallels drawn to the show ... It's a great show, we never dealt with anything really topical or political, so it holds up. The themes we dealt with were sort of eternal like friendship and love and marriage and trust and betrayal - things that date back as far as, I don't know, Shakespeare.''