The new series of 'Top Gear', presented by LeBlanc alone, comes to BBC2 on March 5th.

Although there were widespread reports of discontent between them during the filming of last year’s ‘Top Gear’ series, new sole host Matt LeBlanc has insisted that he had nothing to do with his former colleague Chris Evans getting the sack – instead only finding out when he read it in the papers.

Evans dramatically stepped down as ‘Top Gear’s co-host in July last year amid slipping viewing figures and rumours of behind-the-scenes disagreements with LeBlanc, despite having initially penned a three-year deal. 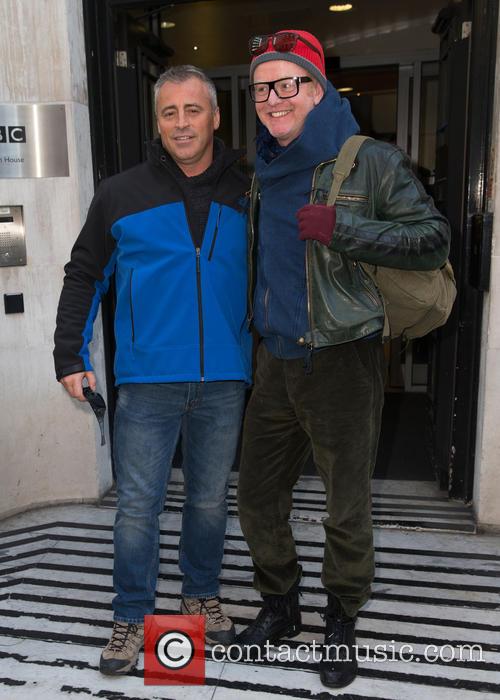 When asked to clarify his involvement or lack thereof, LeBlanc repeated his stance: “I read in the paper that I forced him out and that’s not true. I didn’t have anything to do with it. He’s got a lot on his plate, so whatever his reasons were… he said in his statements, it was all pretty clear. That was that.”

Furthermore, the former ‘Friends’ star, 49, revealed in a separate discussion with The Sun that he hasn’t spoken Evans since he quit the show. “I haven’t heard from him since – which is his choice”.

Evans had certainly cut a stressed and often isolated figure around this time last year, juggling hosting duties on ‘Top Gear’ and Channel 4’s revived ‘TFI Friday’ as well as his daily morning show on BBC Radio 2. LeBlanc believes that his extremely busy schedule may have taken a toll.

“I saw the stories that we weren’t getting along and there was a row between us, but we were fine”, he insisted. “I liked Chris Evans. I think my schedule is tough, but he was doing a radio show every morning, and that was a lot to deal with.”

The second series of the BBC’s former motoring show favourite without the trio of Jeremy Clarkson, Richard Hammond and James May is coming to screens on March 5th.