Matt LeBlanc and Lisa Kudrow to reunite on TV 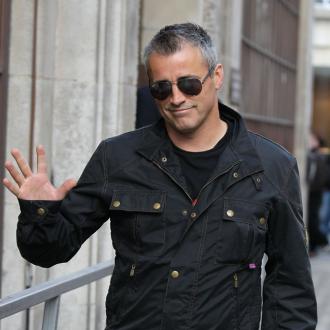 The former 'Friends' stars will be reunited on the small screen for the first time since 2004, when Matt plays a gambling patient of Lisa's therapist character.

Web Therapy creator and actor Dan Bucatinsky told E! News: ''[It's the] first time Lisa Kudrow and Matt LeBlanc will be on screen together again since 'Friends'.

''He plays a gambler and she becomes one, too. That's how good of a therapist she is. She helps him with addiction by becoming a gambler, too. It's awesome.''

Fellow 'Friends' actors Courteney Cox and David Schwimmer have previously guest starred on the show, while Courteney recently joined Matthew Perry for an episode of his comedy 'Go On'.

Other stars set to star on 'Web Therapy' this season include Meg Ryan and Steve Carell.

When Dan was asked about the upcoming episodes, he said: ''I can't really say. Meg Ryan. I can't say anybody else. Steve Carell. Not telling you any more. Chelsea Handler.''

''Lisa's character Fiona couldn't be worse this season. We have a new tag line for 'Web Therapy', which is 'The doctor is in, how can you help me?' Which is exactly her cup of tea.''