Matt LeBlanc thinks a 'Friends' reunion or movie version is a bad idea. 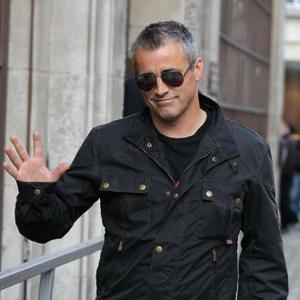 Matt LeBlanc is against a 'Friends' reunion.

The actor - whose most notable television role to date is as Joey Tribbiani on the hit sitcom - revealed that he wouldn't support the cast getting back together or agree to a movie adaptation of the show.

Matt admitted that he hadn't heard of any plans to record more scenes and suggested that it would be wrong to try to recreate the series on the big screen.

He told Digital Spy: ''Yeah, that probably won't happen. There's no plans for anything like that. Everyone seems to be talking about that these days, but nope, no irons in the fire there.''

When asked whether he thought David Schwimmer, Jennifer Aniston, Matthew Perry, Lisa Kudrow and Courteney Cox collaborating again was a ''bad idea'', he added: ''Personally I do. I think that show was all about a finite amount of time in six people's lives.

''Once they have moved on from that phase, that family unit has broken down a little bit. I'm sure they'd keep in touch a bit, but it wouldn't be the same.''

On the subject of a film, he continued: ''I think it's a bit of a case of 'the book is better than the movie'.