Matt straps on some boobs and a blonde wig.

The latest hilarious celebrity Halloween costume to emerge as viral is that of Today's Matt Lauer who decided he'd bare more flesh than most women this holiday by dressing in Pamela Anderson's famous Baywatch red swimsuit, complete with flotation device! 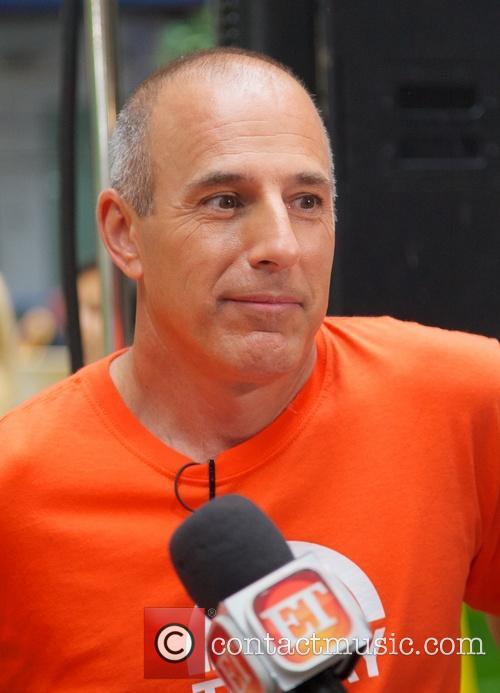 Pamela Anderson On Her Day Off?

Today pulled out all the stops to make this Halloween better than all before with their theme 'Classic TV Shows.' We saw Al as Mr. T, Kathie Lee and Hoda as The Flintstones' Wilma and Betty, Savannah and Natalie were 70s sitcom stars Laverne and Shirley, Carson Daly was Jon from CHiPs and Willie Geist was David Hasselhoff.

Watch A Clip Of Matt's (AKA Pamela's!) Arrival Here:

Finally, an unknown guest burst through a paper image of the beach and began running in slow motion with their long, blonde hair swishing behind them. None other than Matt Lauer had taken the plunge in the cooler Autumnal weather and chose to run around in a teeny swimsuit.

Lauer was joined by real Baywatch actress Carmen Electra who was also dressed in the Pamela Anderson garb but Electra could not possibly upstage Lauer's piece-de-resistance. Since Matt's Baywatch debut, the internet has filled with gifs and memes showing the star running, gyrating and posing as the 80s TV bombshell.

Today wasn't the only TV show that made a special effort for Halloween: on The Talk they dressed up as characters from Peter Pan with Sara Gilbert as Peter Pan, Julie Chen as Tinkerbell, Sheryl Underwood as Smee and Aisha Tyler as Wendy. Lauer's hilarious and er...rather jiggly costume joins the ranks of other celebs who have stepped out in brilliant costumes, including Patrick Stewart as a lobster, Paris Hilton as Miley Cyrus, Ellen DeGeneres as Nicki Minaj, Fergie and Josh Duhamel as Elvira and RiffRaff, and Adam Lambert as a genie.