Hurricane Sandy Relief Telethon To Be Aired By NBC This Friday 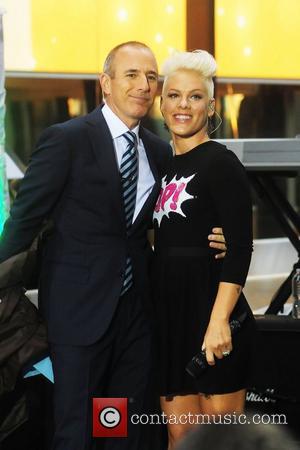 With the East coast of America still reeling from the devastating effects of Hurricane Sandy, a relief telethon, with all money raised going towards the American Red Cross, will air this Friday (Nov. 2) on NBC, The L.A Times reports.

"Hurricane Sandy: Coming Together" will be hosted by "Today's" Matt Lauer and will feature performances by Christina Aguilera, Jon Bon Jovi, Billy Joel, Bruce Springsteen and Sting; and have appearances by Jimmy Fallon and NBC News' Brian Williams. The whole money raising affair will be live on on NBC, Bravo, CNBC, E!, G4, MSNBC, Style, Syfy and USA. It will also stream live on NBC.com. It will air live at 8 p.m. on the East Coast and on tape delay at 8 p.m. on the West Coast, so even if you want to miss it, chances are you cant. The real time effects of Sandy are in recession, as it drifts west with a diminishing power, but the trail of destruction left in its wake remain there for all to see, and that's what tomorrow's telethon is looking to address.

While many jovial accounts of Sandy roll in, and stories regarding cancelled shows take precedent, it is important to understand the seriousness of the storm. More than 80 people are now known to have died, 37 in New York City alone, and others remain missing, The BBC reports, which has exceeded the toll from the Caribbean, where 69 people were killed. The storm could cost the US $50bn (£31bn), according to forecasting firm Eqecat, doubling the previous estimate.