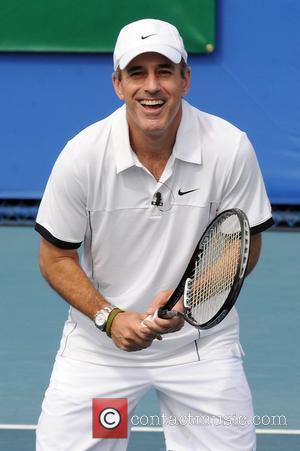 Top U.S. news anchorman Matt Lauer has angrily dismissed reports suggesting he and his wife have split.
The Today show regular was alleged to have cheated on his wife of 12 years, Annette, with a relative of Whitney Houston's while he was covering the Winter Olympics in Vancouver earlier this year (10).
But he insists that story and another one suggesting he had moved out of the family's home are works "of fiction".
Lauer tells People magazine, "I am living in my apartment with Annette and my children as a family and a couple. I have never moved out. I am not moving out. There is no truth to that."
The newsman reveals he and Annette, a former model, haven't had an easy marriage - but he would never cheat on his wife.
He adds, "The stories you've read over the years are not true... I don't think we're any different than any married couple that's been together for 12 years. The accusations (of cheating) are ridiculous and I'm not going to (dignify) them with an answer. It's not true."
His wife has also spoken to the magazine, admitting the couple has had marital problems in the past, but, "We have worked through it."