Plagiarism, or two projects with the same inspiration?

The creators of 'Stranger Things', Matt and Ross Duffer, are being accused of stealing the idea for the hit Netflix series from a 2012 short film entitled 'Montauk' by Charlie Kessler. He has filed a lawsuit against the writing duo, citing the original title of the show, which matches that of his project, as evidence of the idea theft.

The Duffer Brothers at the WGA Awards

Originally, 'Stranger Things' was bought by Netflix under the title of 'Montauk'; that was back in 2015. Essentially, the concept of the story - a missing boy, mysterious supernatural forces, government experiments, an unusual girl and even the 80s theme - stayed pretty much the same, but in the end they moved the setting from Montauk, Long Island to Indiana.

The Duffer Brothers Love Your Theories About 'Stranger Things'

Some fans have got close to the truth.

There are too many fan theories out there about what will be unveiled in season two of 'Stranger Things' to list, but directors Matt Duffer and Ross Duffer have apparently really enjoyed reading them all. They confess that some fans have even managed to get dangerously close to the truth. 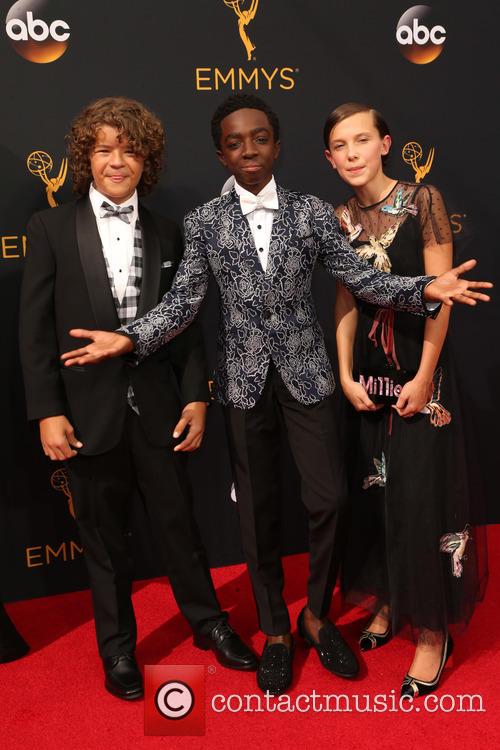 Gaten Matarazzo, Caleb McLaughlin and Millie Bobby Brown have their own theories

The Duffer Brothers have had a fun time reading up on all the theories regarding their Netflix show, which premiered in July and was immediately renewed for a second season for 2017. So many mysteries remain, so many questions left unanswered... but that only means more possibilities. And with the ambiguity of the episode titles for season two, Reddit has exploded with potential plotlines.