Matt Damon and Ridley Scott’s new blockbuster The Martian has landed at the top of the U.S. box office charts, and is estimated to have made a massive $55 million in its opening weekend.

Having opened on Friday, the acclaimed sci-fi movie seems to have fallen just short of breaking the record for a debut weekend in October held by the 3-D extravaganza Gravity, which took $55.8 million when it was released in 2013. However, when the final results are released on Monday (October 5th), it may well be the case that The Martian has broken the record, according to Variety. 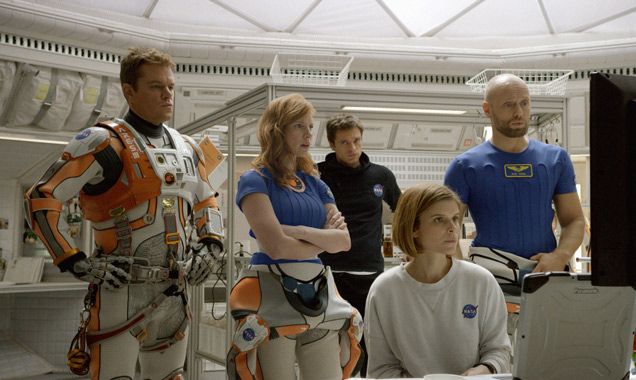 Immediately before its release, Scott’s return to sci-fi was projected to take somewhere between $40 and $45 million. However, bolstered by a number of dazzling reviews, The Martian has ended up as both Scott and Damon’s second best launches of their careers. For Scott, 2001’s Hannibal took $58 million, while The Bourne Ultimatum was the most successful weekend for Damon back in 2007 when it took a staggering $69.3 million.

More: Matt Damon chats about working with Ridley Scott on ‘The Martian’

Another movie to perform well in its first week was the war-on-drugs thriller Sicario, starring Emily Blunt, Benicio Del Toro and Josh Brolin. Having enjoyed a successful limited opening in just six theaters two weeks ago when it took $67,000 per venue, on wide release it took $12.1 million, enough to place it in third.

However, Robert Zemeckis’ The Walk performed below expectations in its IMAX-exclusive opening of just 448 screens. Starring Joseph Gordon-Levitt as the high-wire daredevil Philippe Petit, who walked on a steel cable between the two World Trade Centers in 1974, it had been expected to take over $3 million in its limited run before a wide release next weekend, but it took only $2 million.