The Martian Movie Screened For Astronauts

Matt Damon's New Movie The Martian Has Been Given The Thumbs Up By Astronauts On The International Space Station (Iss) After It Was Screened For The Crew Over The Weekend (19-20sep15). 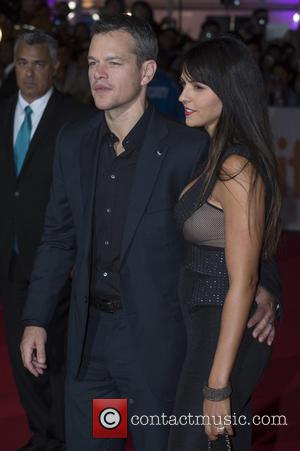 The Ridley Scott film, which features Damon as an astronaut fighting for survival after his mission to Mars ends in disaster, received top reviews following its recent premiere at the Toronto International Film Festival in Canada.

The Martian isn't due for release until next month (Oct15), but Fox studio executives arranged for a special advanced preview for the real-life space men and women in outer space and the movie was beamed up to them for the crew's movie night on Sunday (20Sep15).

Crewmember Kjell Lindgren later took to Twitter.com to share his thoughts on the picture, writing, "What a treat to watch #TheMartian while in space and see reflections of our own #JourneyToMars!"

It's not the first time astronauts on the ISS have opted to watch films about disasters in space - they also watched Sandra Bullock's Oscar-winning movie Gravity in April (15).