Matt Damon may be signed up alongside Keira Knightley for a new period drama in the making, 'Tender Is the Night'. 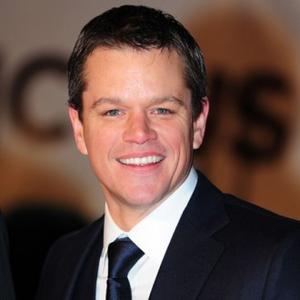 Matt Damon is set to star in a new period drama alongside Keira Knightley.

The 'Invictus' star - who already has three movies in the pipeline this year - has reportedly been offered a role in the movie adaptation of the F. Scott Fitzgerald classic 'Tender Is the Night', even though no director has been chosen yet by 20th Century Fox.

The 39-year-old actor would play a talented young doctor called Dick Diver who lives on the French Riviera in the 1920s with his wife Nicole.

The movie, which so far has only a script written by David Nicchols, tells the tale of Dick as he goes through life, weighing up different issues in his mind such as his wife's wealth.

The female lead has been offered to British actress Keira who is said to be keen to star with the American star.

Matt recently admitted he has such a busy schedule this year he doesn't plan on taking any time off.

He said: "I want to direct someday and I can't really pass up the chance to work with the people I'm getting to work with. I've worked with Paul Greengrass three times now, and Clint Eastwood twice, and Steven Soderbergh five or six times, and the Cohen Brothers this month. As long as that keeps happening, I can't see myself taking time off, unless the work dried up."

'Tender Is the Night' does not yet have a release date.