Matt Damon will star in 'a little bit' of Ocean's Eight 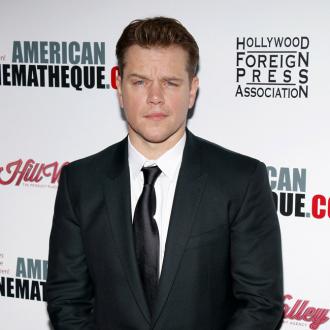 The 46-year-old actor - who played the role of Linus Caldwell in the 2001 hit movie 'Ocean's Eleven' alongside George Clooney and Brad Pitt - has revealed he will star in the all-female reboot of the highly-anticipated production.

The forthcoming production will star Anne Hathaway, Sandra Bullock, Helena Bonham Carter, Rihanna, Minday Kaling and Cate Blanchett, and will see the group of actresses undergo a heist at the Met Gala.

Speaking to 'Entertainment Tonight' about the project, he said: ''I'm doing a little bit in the movie. I haven't read it yet, but the cast is phenomenal and I'm excited to see what those women do with it. It's going to be fun.''

And the Hollywood hunk has no doubts the production will be ''awesome''.

Speaking previously, he said: ''I think it's going to be awesome. They're going to kick ass.''

Meanwhile, 'Ocean's Eight' director Gary Ross has vowed to make the latest movie an ''extension and continuation'' of the previous films.

He said: ''You know, Steven Soderbergh (who directed the Clooney-trilogy) and I are incredibly close friends, and we would not have done this if we weren't.

''I don't think he would've wanted anyone to do it if we weren't. This is very much an extension and a continuation. He's a producer on the movie.''