Matt Damon thinks Ben Affleck is ''misunderstood'' and he was unfairly branded ''a talentless kind of meathead'' when he started dating Jennifer Lopez in 2002. 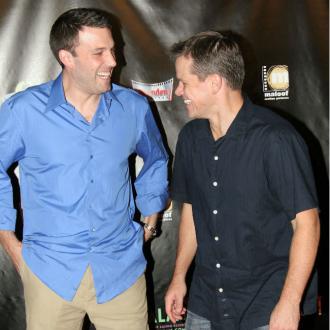 The 'Martian' star, who has been friends with the Oscar winner since they were children, claims the 'Argo' director, 43, is nothing like his public image and believes he was unfairly branded ''a talentless kind of meathead'' when he started dating Jennifer Lopez in 2002.

The 44-year-old star said: ''There's nobody who's more misunderstood. Ten years ago, the public image of him could not have been farther apart from who he actually is. It was like he was being cast in a role, that he was a talentless kind of meathead, with his whole relationship with Jennifer Lopez.''

While Ben ended his engagement to Lopez in January 2004 and went on to marry Jennifer Garner, whom he announced his split from in July after 10 years of marriage, Matt says it was ''really painful'' to watch him ''cast as this person that he wasn't'' when he was still with the 'Booty' hitmaker.

He told The Hollywood Reporter: ''It was just really painful. It was painful to be his friend, because it wasn't fair, you know? To my mind, nobody really got him at all.''

Matt is also really proud of Ben for turning his career around after a string of flops, including 'Gigli' in 2003.

He said: ''Through his work, he climbed from the bottom of the mountain all the way back up to the top. And past where either of us had ever been.''