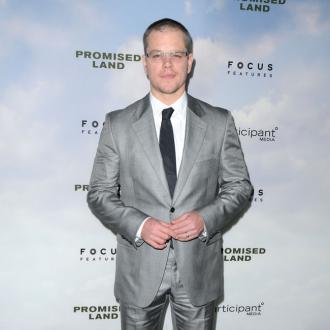 The 42-year-old star wrote and acted in the drama but it was only after he completed the script and heard the iconic rocker's 'Wrecking Ball' album he realised the similarities.

Talking to The Observer Magazine, he said: ''I do view this movie, 'Promised Land', as the visual expression of his last album. It's actually eerily similar.

''I hadn't heard the album before we wrote the script, but John Krasinski and I went to hear him in Madison Square garden at the first show he did of 'Wrecking Ball' and he played the album and I went: ''F**k! That's the movie'!''

He met his idol after the show and told him the revelation, leaving the 'Born To Run' musician confused.

Matt added: ''I went back to see him afterwards and he asked: 'What are you working on?' And I said: 'It's like the movie version of your new album'.

It is a political record, partly inspired by the US Civil War, and both pieces of art continue their creator's identities as everymen.