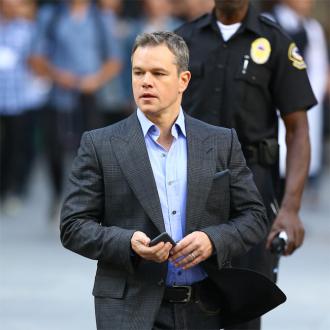 The 44-year-old actor, who stars in new movie 'The Martian', has revealed his interest in outer-space and in particular, his ambition of travelling to Mars.

Asked if he would go into space, the Hollywood star said: ''I think so down the line. I'm not one of these guys who wants to go colonise Mars in the first wave of people.

''I think we have to get off the planet so we can protect the species from one extinction level event.''

Meanwhile, Matt - who raises daughters Alexia, 16, Isabella, nine, Gia, seven, and Stella, four, with wife Luciana - has revealed how much he values the chance to spend some time on his own, away from family and friends.

The Oscar-winning star - who recently announced he's to reprise the role of Jason Bourne in the action movie franchise - told ET Canada: ''I love being with my kids but you can attest to the fact that you would take a day alone now or then if you could get it.

''I wouldn't want to be alone for more than a day or two..I think a day would be good. You kind of re-set , re-charge.''