Matt Damon: 'I want to be just like Brad Pitt'

Matt Damon has joked he spends his life trying to imitate his close friend Brad Pitt. 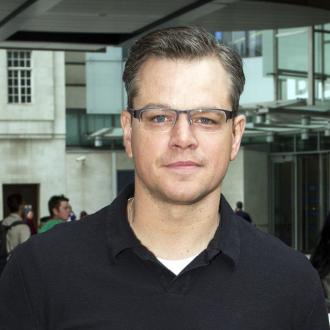 The 'Elysium' actor joked his 'Ocean's 11' co-star is the perfect man and he spends his time trying to be just like Brad, 49.

Speaking to 'Today' host Matt Lauer, he said: ''I spend my life trying to be like Brad Pitt.''

Matt also revealed he and his wife Luciana Barroso - who married in 2005 and raise four daughters, Alexia, 14, Isabella, six, Gia, four, and two-year-old Stella, together - are planning to move to Los Angeles from their current home in New York, although they are conflicted about the decision.

He said: ''Basically all of our friends with little kids are out there. We're a little conflicted. We love it here, we're really happy here and New York will always be here. It might just turn out to be a little jaunt out there and then a return.... It's hard to leave here.''

While Matt tries to emulate Brad, he previously admitted he is relieved he didn't fall for a fellow celebrity like Brad did Angelina Jolie.

Speaking about his marriage to former barmaid Luciana, he said: ''I got lucky. I fell in love with a civilian. Not an actress and not a famous actress at that. Because then the attention doesn't double-it grows exponentially.

''I look at Brad-and I have for years-and when I'm with him I see the intensity of that other side of it. And the paparazzi and the insane level of aggression they have and their willingness to break the law and invade his space-well.

''I wonder about that trade. I remember telling him that I walk my kids to school, and his face just fell.