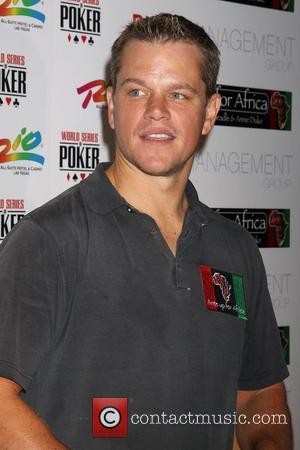 Oscar winner Matt Damon is set to be honoured for his film career at an award ceremony next year (10).
The actor, whose career took off following the success of 1997's Good Will Hunting, which he wrote with pal Ben Affleck, will be feted with the prestigious American Cinematheque Award, reports Variety.
The ceremony is scheduled to take place in March. Previous recipients of the award include actor Samuel L. Jackson, who accepted the statuette in December 2008, and Julia Roberts who was lauded in 2007.