Damon: 'Meeting My Wife Was Destiny' 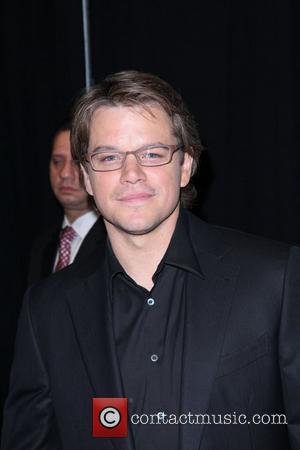 Matt Damon is convinced he was destined to meet and marry his wife Luciana - because there were so many things that should have prevented the chance encounter in a Miami, Florida bar.
The movie star turned down an action movie to star in madcap Farrelly Brothers comedy Stuck on You on his mother's advice - and then the shoot location was changed from Hawaii to Florida.
But that was only the start of the weird combination of incidents that brought Damon and his future wife together.
The actor tells U.S. TV host Ellen DeGeneres, "I had never really hung out in Miami and one night in the middle of the shoot, the crew, a couple guys, said, 'We're going to get a beer somewhere.' I said, 'I'm not really into it.' They said, 'Come on,' and kind of dragged me along.
"We ended up at a bar where my wife was the bartender. I literally saw her across a crowded room... and eight years and four kids later, that's my life.
"I don't know how else our paths would have crossed if that didn't happen... The moral is that when you're tired, suck it up and go to the bar because you might meet your wife."