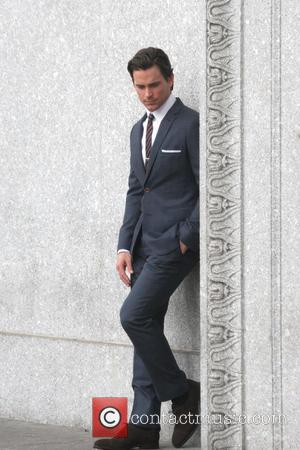 Actor Matt Bomer is planning a Thanksgiving Day feast when his new movie wraps after having to lose 30 pounds (13.6 kilograms) for the project.

The Magic Mike star, who is hotly tipped to replace Charlie Hunnam in the Fifty Shades of Grey movie, is currently working on The Normal Heart, in which he plays a gay activist attempting to raise Hiv/Aids awareness - and has already lost 10 pounds for the role.

However, the actor finishes filming right before the American holiday next month (Nov13) and plans to participate fully in the festivities.

He says, "I wrap right at Thanksgiving so I'm going to go in right at that point. I guess my stomach will be like that (small), but I'm going to have a little bit of everything."