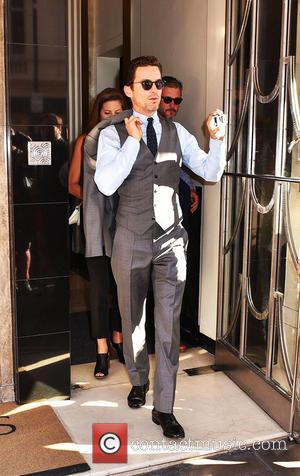 Bomer beat out Brendan Fraser and the late Paul Walker to star in the film opposite Amy Adams as Lois Lane, but the project never came to fruition.

He says, "Brett chose me for the project and then it all fell apart. It was a very lengthy process to get the role, I think it was over the course of three months because I went in in a cattle call. It sort of evolved from there.

"It was a month of, 'OK, looks like this is going to happen', and then it slowly fell apart. I have zero regrets about that; I feel like I've gotten to do such a rich array of roles in so many different things.

"I haven't been too locked in... I mean that's a very iconic role to portray, to suddenly be that character in everyone's minds forever."

Adams went on to portray Lois Lane in 2013's Man of Steel, which starred Brit Henry Cavill as Superman, but Bomer explains the failed movie was very different.

He adds, "It focused on him much more when he was younger and in college, it was very light-hearted in many ways."