Matt Berry (Born 2nd May 1974) is an English actor, writer, comedian and musician.

Early career: After graduating from art school in Nottingham, Matt moved to London and began his acting/comedy career by doing stand up at the Hen and Chickens theatre in Islington. He also worked as an actor in The London Dungeon.

Television: Matt became well know for his role as Dr Lucien Sanchez/Todd Rivers in Garth Marenghi's Dark Place. Following that he starred in AD/BC: A Rock Opera which he co-wrote with Richard Ayoade. The programme was a mock opera about the Nativity set in the 1970s and Matt also played one of the lead roles. In 2006, he teamed up with Rich Fulcher to pen and star in the macabre comedy Snuff Box, described by some as 'the best kept secret in comedy'.

He has also appeared in The Mighty Boosh (as Dixon Bainbridge), sketch show The Wrong Door and has lent his famous voice to a number of TV adverts. Matt is most well known for his current role as Douglas Reynholm, the boss of an IT company in the Channel Four hit comedy The IT Crowd, a role that has saw him nominated for Best Male Comedy Newcomer in at the British Comedy Awards, 2007.

Film: Matt stars in the Devil's Chair (2006) and also in the science fiction film Moon, which is due for release in mid 2009.

Music: Compositions for TV Matt is also an accomplished musician and composer. He has composed the music for a number of TV shows including Steve Coogan's Saxondale. In 2004 he composed and performed all the music for AD/BC: A Rock Opera and also sang on the show. His largest on-screen music project to date was the composition and performance of the music for all six episodes of Snuff Box, a show with a large musical element that again saw him sing on screen.

Solo Albums: He has released three solo albums, which have all been self produced. 1995 saw the release of his little known debut, Jackpot and this was followed in 2005 by his concept album, Opium which included a large amount of spoken word. His third album, Witchazel was initially released as a free download in March 2009 and is soon to be released commercially.

Live Shows: In late 2007, Matt completed a two week live tour of songs from Opium with Brighton-based Jonas 3 as his backing band. He expressed his appreciation of Ronnie Hazlehurst's work by performing the theme tunes to Sorry! and Are You Being Served? at his live show. He is due to showcase songs from Witchazel, again with Jonas 3 at The Scala in London in April 2009.

The 'Toast of London' and 'IT Crowd' star was talking to Digital Spy in a new interview.

Comic actor Matt Berry possesses one of the most distinctive voices in the British media at the moment, but he’s revealed that he had absolutely no interest in taking over one of the most high-profile voiceover roles in the industry – that of ‘The X Factor’ announcer.

41 year old Berry, who is about to return to TV screens with the series of his Channel 4 comedy ‘Toast of London’ in which he plays a voiceover actor, told Digital Spy in an interview that he wouldn’t have been interested in taking the place of Peter Dickson on the show when his brief break was announced earlier this year. 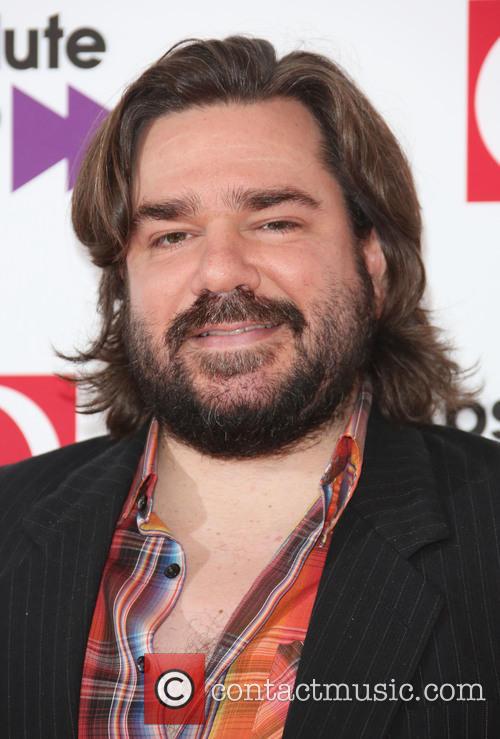 Matt Berry was considered for the 'X Factor' voiceover job

Cumberbatch was nominated again for his role in the BBC series ‘Sherlock’.

Benedict Cumberbatch has once again lost out on a best actor award at the television BAFTAs, held on Sunday night in London. The actor was beaten by Jason Watkins who won for his portrayal of the title character in ITV's 'The Lost Honour of Christopher Jefferies'. 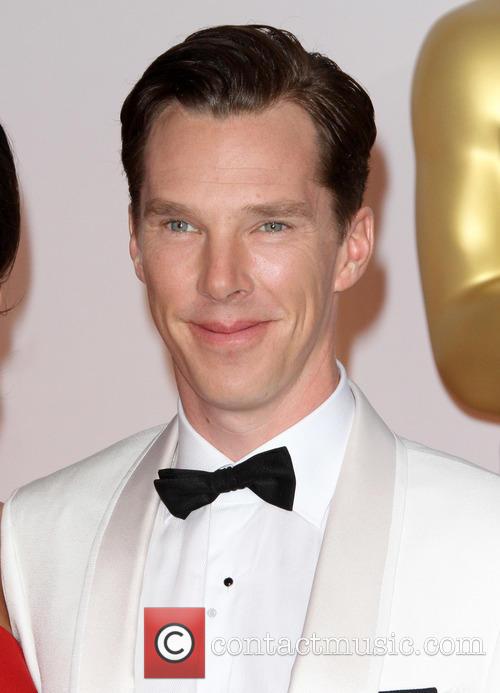 There was no BAFTA for Benedict on Sunday.

Cumberbatch is a five time BAFTA nominee, having been nominated three times for his performance as Sherlock Holmes in 2011, 2012 and 2015. The actor was also recognised in 2004 for 'Hawking' and picked up a best supporting actor nod in 2009 for ‘Small Island’.

The SpongeBob Movie: Sponge Out Of Water Review

SpongeBob SquarePants has always been aimed much more at childish adults than actual children, and this deranged comical adventure is no exception. Youngsters may giggle at the relentless silliness, but it's the grown-ups who will enjoy the script's continual raucous mayhem, including a stream of innuendo that's genuinely hilarious. This film also manages to bridge the gap between the TV show's hand-drawn style and eye-catching 3D live-action digital animation as our heroes head above the surface for the first time. 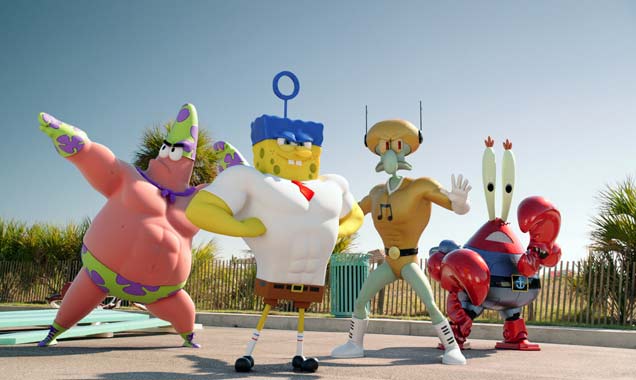 It kicks off as usual under the sea in Bikini Bottom, just as the recipe for the town's addictive snack, the Krabby Patty, is stolen. Everyone thinks the villain has to be fast-food rival Plankton (Mr. Lawrence), but Krabby Burger cook SpongeBob (Tom Kenny) believes Plankton is innocent this time. As Bikini Bottom descends into a post-Krabby apocalypse, SpongeBob assembles his pals to set things right, including dimwitted starfish Patrick (Bill Fagerbakke), blustering boss Mr Krabs (Clancy Brown), the clueless Squidward (Rodger Bumpass) and the hyperactive squirrel Sandy (Carolyn Lawrence). On their quest, they get unexpected help from, yes, galactic guardian dolphin Bubbles (Matt Berry) to travel to dry land and confront the thief, an opportunistic pirate named Captain BurgerBeard (Antonio Banderas).

Everything about this film is so completely bonkers that we have little choice but to sit back and just go with it, especially as the screenwriters continually add random elements to get themselves out of various plot corners. For example, to take on BurgerBeard, the team manages to acquire superpowers that lead to a massive Avengers-style action-chase sequence. Not one moment makes even a bit of sense, and yet the film is so cheerful that we can't help but enjoy every random bit of knowing silliness. Even Banderas' hammy, over-the-top performance grows on us as it goes along.

Continue reading: The SpongeBob Movie: Sponge Out Of Water Review

Is 'Svengali' Really The Funniest British Film In Years?

'Svengali' pulls together some of the most popular British actors and comedians for a film that satirises the music industry. At the centre of all this is Dixie, a postman from South Wales played by Jonny Owen who dreams of finding the next big band - until he does. What follows is a classic fish-out-of-water underdog story that sees our Dixie navigate the notoriously fickle music industry. 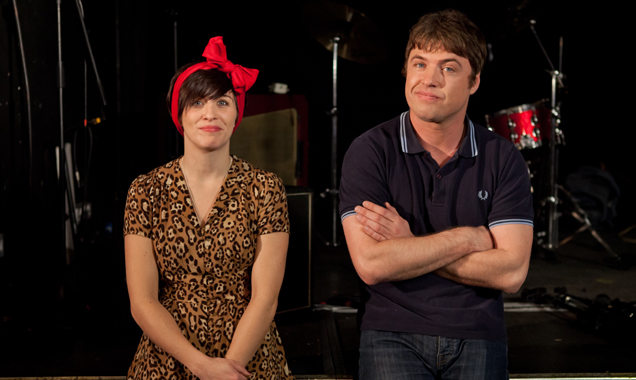 The film also stars Vicky McClure, otherwise known as the queen of independent British cinema. Having made her name in ‘This is England’ and the subsequent spin-offs, she is arguably the headline cast member in a long list of home-grown heroes.

The trailer has been released for new British music movie Svengali, a 21st century look at the British music industry and how minnows can become big fish on the scene. The comedy focusses on one man trying to establish himself as a manager to be reckoned with against all the odds.

Dixie (Jonny Owen) is a Welsh postman who rocks up in London to pursue his dream of becoming the next big music mogul. He comes across The Premature Congratulations and believes he can help this up-and-coming band hit the big time.

Dixie is a Welsh postman who has arrived in London to follow his dreams of becoming the next big music mogul. After months of watching YouTube videos, he comes across The Premature Congratulations - a band that he thinks could make it big. Teaming up with his partner Michelle, he searches for the band and offers to be their manager. They're initially nonchalant about the situation, but they start to grow in confidence as Dixie lands them more and more gigs. However, they also start lacking in appreciation for poor Dixie, who is struggling to pay his rent on very little income and is facing difficult times ahead if he wants to communicate with the major powers of the UK music industry. With The Prems slowly slipping from his grasp and Michelle becoming increasingly more frustrated with him, Dixie is forced to think carefully about his future both privately and professionally.

This musical comedy is about the struggles of the backbone of any music industry - the managers. It was written by and stars Jonny Owen in his screenwriting debut, and was directed by John Hardwick ('33X Around the Sun'). 'Svengali' is due for release in cinemas on March 21st 2014 and on DVD and Blu-ray on April 7th.

With BBC3 migrating online, a slew of new content has been commissioned .

In a bid to boost their online presence a la Netflix, the BBC has announced a set of new comedies set to launch solely on the recently revamped iPlayer service. There will be 7 one-off shows, and amongst these new comedies is original work from Matt Berry and Stewart Lee.

BBC3's impending move to online-only ties in with the initiative

The hit Channel 4 sitcom is coming to an end, but not before a special finale episode is aired later this month

Graham Linehan's beloved Channel 4 sitcom The IT Crowd is sadly coming to an end after seven years and four seasons. Richard Ayoade, Katherine Parkinson, Chris O'Dowd, Matt Berry and the rest of Denholm Industries will be saying goodbye for good at the end of this month, when a special, feature-length episode airs as part of C4's 'A Night of the IT Crowd.' 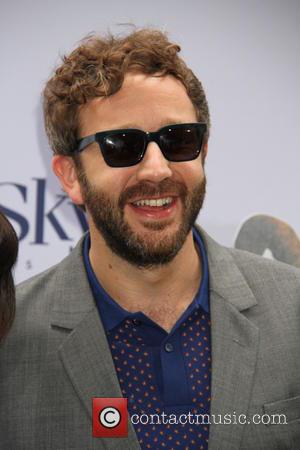 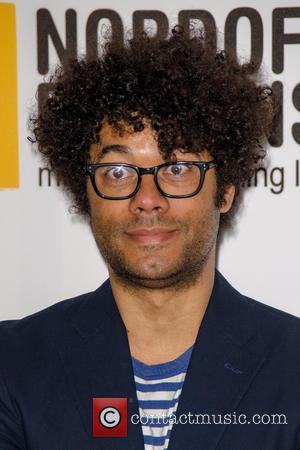 Originally scheduled for an October air, and having been filmed earlier in the year, the show will come to air a few days earlier as per a tweet made by series creator Graham Lineham this week. He tweeted on Wednesday (4 September) that the final ever episode of the hit series will "be on telly at the end of this very month."

Continue reading: Channel 4 To Air 'The IT Crowd' Farewell Episode Later This Month

By Robyn Burrows in Music Reviews on 27 April 2009

Review of Matt Berry live at The Scala, London on 22nd March 09. 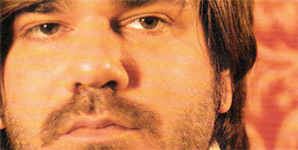 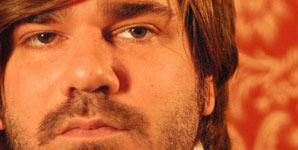