The 36-year-old musician dated the blonde beauty from 2010 until December 2014, but has insisted although they have now parted ways, they are still on good terms and he still thinks fondly of her.

He explained: ''Look. We had a great relationship, she's a lovely person, we're better off as friends.''

The Muse star - who fathered a three-year-old son, Bingham, with the 'How to Lose a Guy in 10 Days' actress - admitted he found the break-up difficult, but is now starting to feel ''really good'' about himself, following rumours he is dating model and actress Elle Evans.

Meanwhile, his former flame Kate - who also has an 11-year-old son named Ryder from a previous relationship - has been connected to several men since they broke up, and is currently believed to be dating the 'Avatar' actor Joel David Moore.

The couple - who got engaged in 2011 - announced their break-up in a statement in December, which Matt followed with a tweet in which he said they were ''both very happy''.

The statement read: ''Kate and Matt have been separated for some time now. Despite this, they remain very close friends and committed co-parents.''

Later, Matt tweeted: ''Love all of you guys! We're both very happy, it's for the best. Thanks for your kind words. Now about that new album... (sic)'' 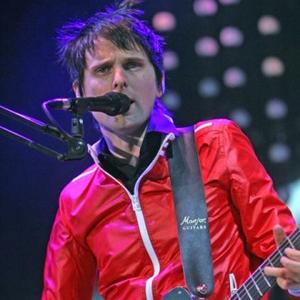