Expert writing, directing and acting help this offbeat drama discover some powerful new themes in a novella that has been scandalising Western society since it was first published in 1870. The book's author Leopold von Sacher-Masoch even gave us the word "masochism". But this film by Roman Polanski and playwright David Ives digs far beneath the S&M to say some startling things about the male-female divide.

It's set in a theatre on a rainy day in Paris, where the actress Vanda (Emmanuelle Seigner) arrives late in a disheveled state to audition for the play's writer-director Thomas (Mathieu Amalric). But he's had a bad day, and immediately writes Vanda off. Eventually she wears him down, and the moment she starts reading his own words he's transfixed. She not only embodies the character, but she sparks something inside him that makes him question his own work. And as he runs the lines with her, she exerts an odd power over him that shifts in ways Thomas never sees coming.

The cast and crew of 'The Grand Budapest Hotel' discuss the story, the main characters' relationship and the duties of the concierge in the latest featurettes for the movie.

Gustave H is a flamboyant and largely charismatic concierge at the Grand Budapest Hotel whose habit of getting a little too close to his guests and keeping them entertained at all hours has earned him legendary status among many of his peers. When he meets enthusiastic young lobby boy Zero Moustafa, Gustave trains him to be the best hotel worker he can and the pair become thick as thieves as they try and defend each other at all costs. When one of his more 'special' guests is found murdered, police accuse Gustave who does what any upstanding gentleman would do - runs. To the anger of the guest's son, he is bequeathed a valuable painting known as 'Boy With Apple' and now he finds himself on a cat and mouse chase with the victim's family and the police. Meanwhile, Zero meets the charming Agatha, who he's also desperate to protect as best he can.

'The Grand Budapest Hotel' is a heartwarming comedy about a very unusual friendship, directed and written by Wes Anderson ('Fantastic Mr. Fox', 'Rushmore', 'The Royal Tenenbaums'). It is based in 1920s Europe and truly reflects the glamour of the privileged in that decade. The movie is due to be released in the UK on February 28th 2014.

The leading stars of 'Jimmy P: Psychotherapy Of A Plains Indian' Benicio Del Toro and Mathieu Amalric pose on the red carpet at the movie's premiere at the 2013 New York Film Festival alongside director and writer Arnaud Desplechin.

In a luxury stretched limousine on the way to get a haircut from his father's barber, the ambitious 28-year-old billionaire that is Eric Packer enters chaos and anarchy as the streets of Manhattan begin to collapse around him. His future, once apparently carved in stone, becomes uncertain as political protestors and violent rioters attack the city from the inside following a visit from the President of the United States. Eric sees his treasured empire melt before his eyes as he looks on, unable to act or give out orders; he soon begins to understand, through a series of clues dotted about New York through the confusion, that the disturbances are leading to his imminent execution.

Maverick French film director, writer, and producer Luc Besson takes us on another wonderful journey through an imaginary world in his adaptation of 'The Extraordinary Adventures Of Adele Blanc-Sec' a much loved 1970's Franco-Belgian comic adventure written and illustrated by Jacques Tardi.

The setting is Paris, France. The year is 1912. Our protagonist Adele Blanc-Sec is an intrepid young investigative journalist who will go to any lengths to achieve her goal. 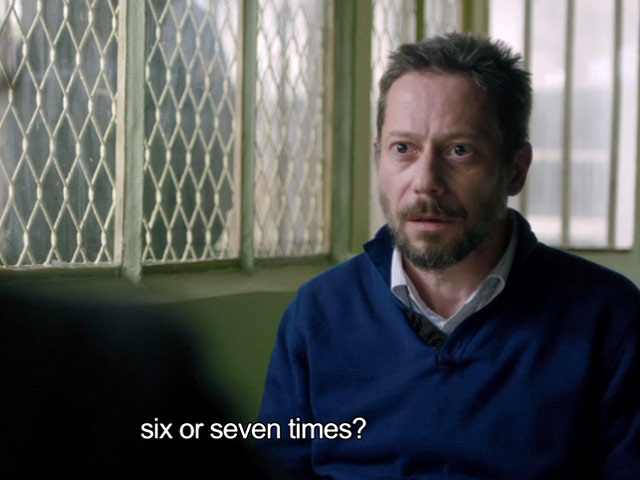 Julien Gahyde (Mathieu Amalric) is on trial for an unspecified crime. His mind wanders to...