Matchbox Twenty star Rob Thomas is beginning to get nervous about his band's upcoming fan cruise, because he fears the ship will run aground or lose power on its way to the Bahamas.

A week after Sugar Ray star Mark MCGrath cancelled his high seas 1990s nostalgia festival due to bad publicity his vacation partners recently received when one of their ships was left stranded at sea, Thomas assures fans his band's maiden voyage is still on - but he has started to make plans to get off the liner if he gets that sinking feeling.

And he admits his fears stem from February's (13) Carnival cruise disaster, when holidaymakers were left without power, food and proper sanitation onboard a stricken voyage in the Gulf of Mexico.

He tells U.S. show Vh1 Big Morning Buzz Live, "I'm scared of being covered in poop... To anybody that's on that cruise I just wanna apologise now because if something like that happens, I'm getting outta there. I'm gonna get helicoptered out. I'm gonna leave you behind like I don't know your name... If you're in my band you better be right behind me because I'm gone... I'll do my show hovering over the ship.

And Thomas still can't believe he signed up for the voyage in the first place: "I was one of those people... that said, 'You can't pay me to go on a cruise.' Apparently you can... It's the end of everything for us this year... and it seemed like a good way to kind of end everything; it's just us on a boat, drinking a lot and playing music."

The cruise will set sail from Florida in December (13). 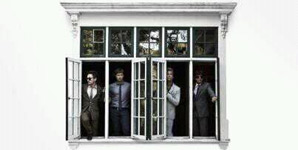 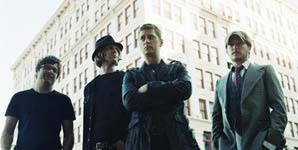